Trump’s obstruction is collusion if the FBI has evidence he’s a Russian agent: Former federal prosecutor 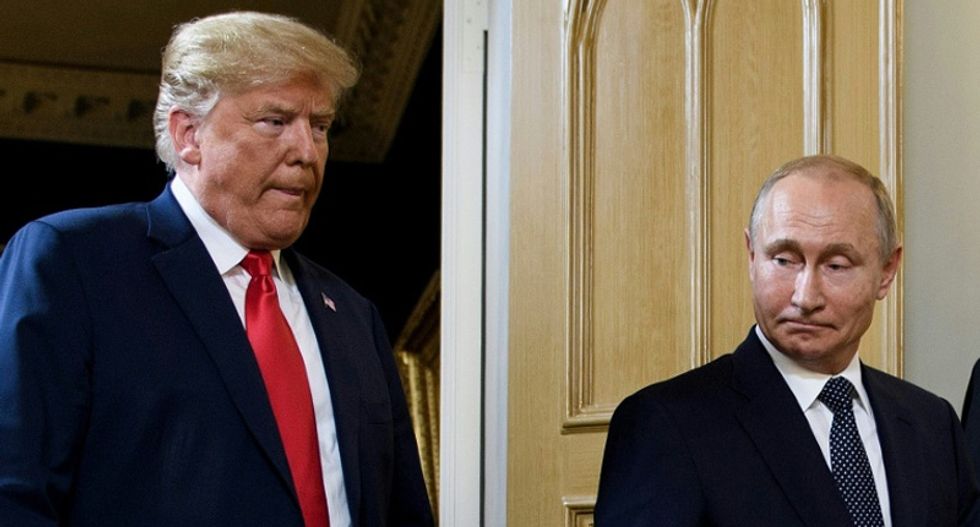 The FBI's counterintelligence investigation of President Donald Trump's ties to Russia add a whole new dimension to the special counsel Robert Mueller's probe of his alleged obstruction of justice, according to a former federal prosecutor.

Federal investigators began eyeing the president after he fired then-FBI director James Comey, and former prosecutor Renato Mariotti argued in a Politico Magazine column that any actions Trump has taken to obstruct investigations into his campaign and businesses could be considered collusion with Russia.

"To put it mildly, it is highly unusual to be discussing a sitting president’s possibly being compromised by a country commonly seen as an enemy," Mariotti wrote. "Being compromised by the Russians is not a crime in and of itself, though it could cause someone to commit any number of crimes. Trump’s being compromised might, for instance, have caused him to lie under penalty of perjury, to trade official acts in exchange for something of value, or to accept foreign contributions in connection with an election."

Obstruction of justice would take on a graver meaning in light of the bombshell reporting about the FBI investigation, he argued.

"If Mueller can prove that Trump obstructed justice, does it even matter whether he can prove that Trump committed other crimes?" Mariotti wrote. "After all, the FBI saw Trump’s attempt to obstruct the FBI investigation by firing Comey as evidence that Trump was trying to aid Russia by undermining the investigation of Russian efforts to interfere with our election. The FBI saw Trump’s obstruction as a form of 'collusion,' aiding the Russian government by undermining our own."

Mariotti has argued that the obstruction case against Trump was exceedingly strong, based on publicly available evidence, and he said Trump defenders such as Rudy Giuliani and Alan Dershowitz don't even bother to argue that he hasn't tried to impede the investigation.

"If Mueller proves that Trump obstructed the FBI and Justice Department investigation into the Russian attack on our democracy because he was compromised by the Kremlin, would that be worthy of impeachment?" Mariotti asked. "It should be, but that’s a question for the American people—through their elected representatives in Congress—to decide."