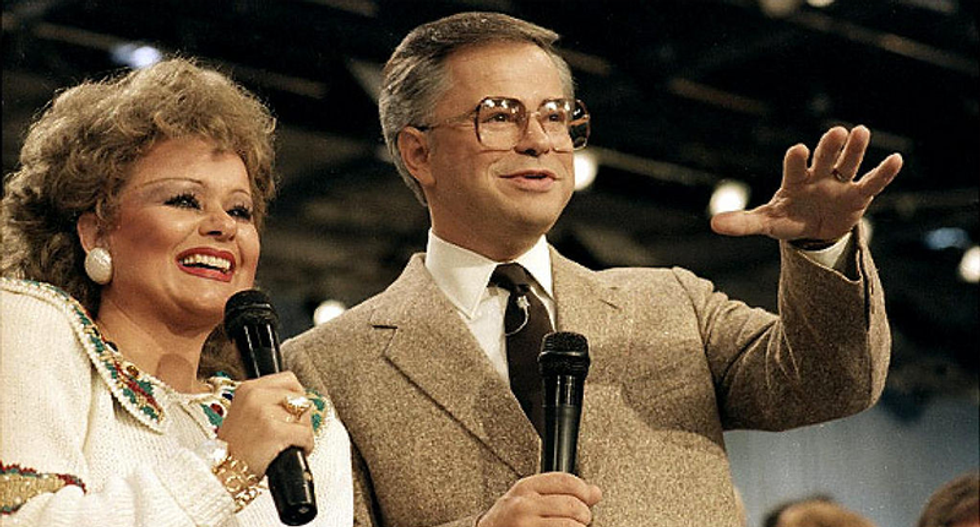 Televangelists Jim and Tammy Faye Bakker are the main subjects in a new “20/20” documentary that seeks to "re-examine" the sex scandals that caused their ministry empire to shatter.

Jim and Tammy Faye Bakker hosted PTL (Praise The Lord) Club on television and are the founders of a Christian-themed park Heritage USA. Their ministry reportedly paid a quarter million dollars to cover up sexual accusations. Bakker was accused of rape by the church secretary Jessica Hahn.

He was found guilty of 24 counts of mail and wire fraud and conspiracy and served five years in prison. The documentary is set to air Friday, January 18 (9:00 – 11:00 p.m. ET) on ABC with new interviews from people who knew the Bakker's best.

"After prison, Jim married Lori Beth Graham and is back on television with a new show, The Jim Bakker Show. Tammy Faye had divorced Jim while he was behind bars and married Roe Messner, the contractor who built Heritage USA. She died of cancer in 2007," a statement from ABC read. "Jim and Tammy Faye left a legacy that changed the way people feel about televangelism, fostering suspicion about faith-based fundraising that still exists today."

Watch the trailer below.