Chicago pastor tried to blackmail a CEO with child pornography 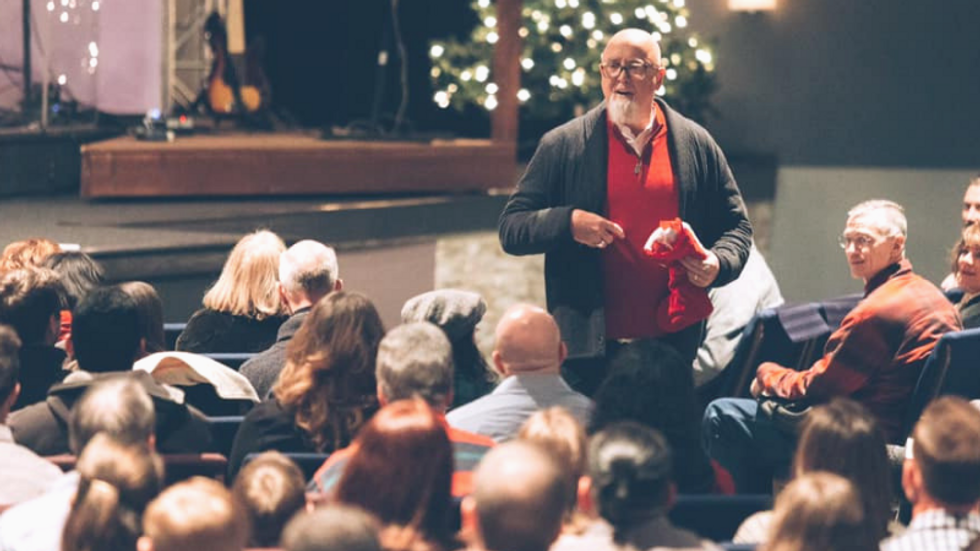 Chicago pastor and founding member of Harvest Bible Chapel, James MacDonald, was fired after audio revealed he made disparaging comments about the church and members of the media.

"Following a lengthy season of review, reflection, and prayerful discussion, the Elders of Harvest Bible Chapel had determined that Pastor MacDonald should be removed from his role of Senior Pastor," a statement from the church's website reads.

The audio was released after MacDonald sat down for a radio interview with Chicago radio host Erich “Mancow” Muller.

“This is a guy who is a good salesman and a good peddler for Jesus Christ, and for those of us who were looking for more of Christ in our lives, we became gullible victims in his scheme,” Muller told The Chicago Tribune.

In the audio clip, MacDonald can be heard blasting reporters and staff from Christianity Today.

"Among the things said in the audio is MacDonald talking about planting child pornography on Christianity Today CEO's Harold Smith's computer," The Christian Post reported.

Editor-In-Chief of Christianity Today, Mark Galli, said that MacDonald was unhappy about the publication's coverage of his leadership.

"MacDonald is clearly angry with the way CT has covered his leadership at Harvest, and he’s succumbed to the temptation to slander me, threaten our CEO, and denigrate others,” he wrote in a blog post.

MacDonald could not be reached for comment by The Chicago Tribune.