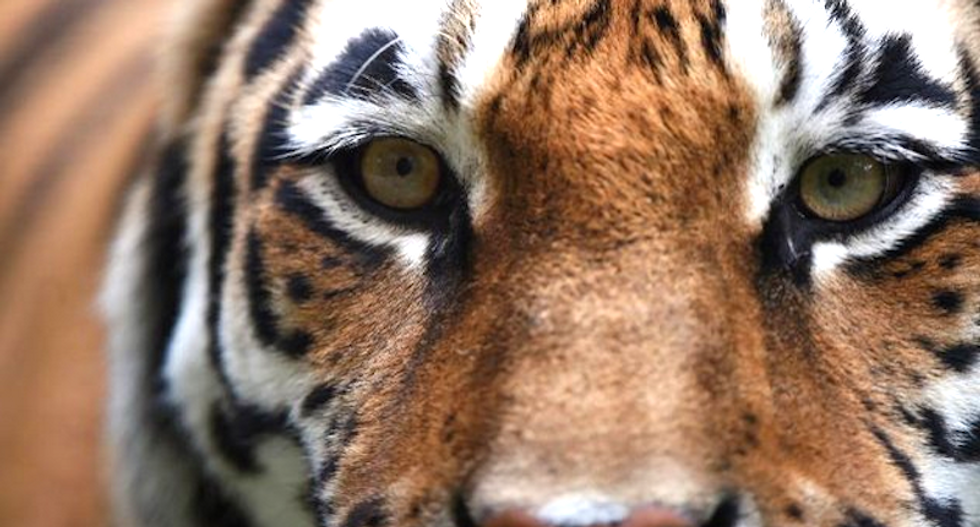 A couple thought they might be hallucinating after sneaking into a vacant Texas home to smoke weed -- and finding a tiger inside.

The pair went inside an abandoned home in Houston to get high and were greeted by a caged tiger that police say could easily have escaped, reported KHOU-TV.

“He’s in a rinky-dink cage that could easily bust open," said a police spokesman. "It was secured with a nylon strap and a screwdriver for the top of the cage. He could have gone on a rampage in the city -- anything could have happened!”

The tiger was insufficiently housed and left alone, but police said it was well-fed and appeared to be healthy.

The female tiger, which police nicknamed "Tyson" after the animal in the movie "The Hangover," was tranquilized and taken to an animal sanctuary.

The couple who found the tiger called authorities to report what they had seen, and police said they were initially unsure if the animal was real or if they might be hallucinating.