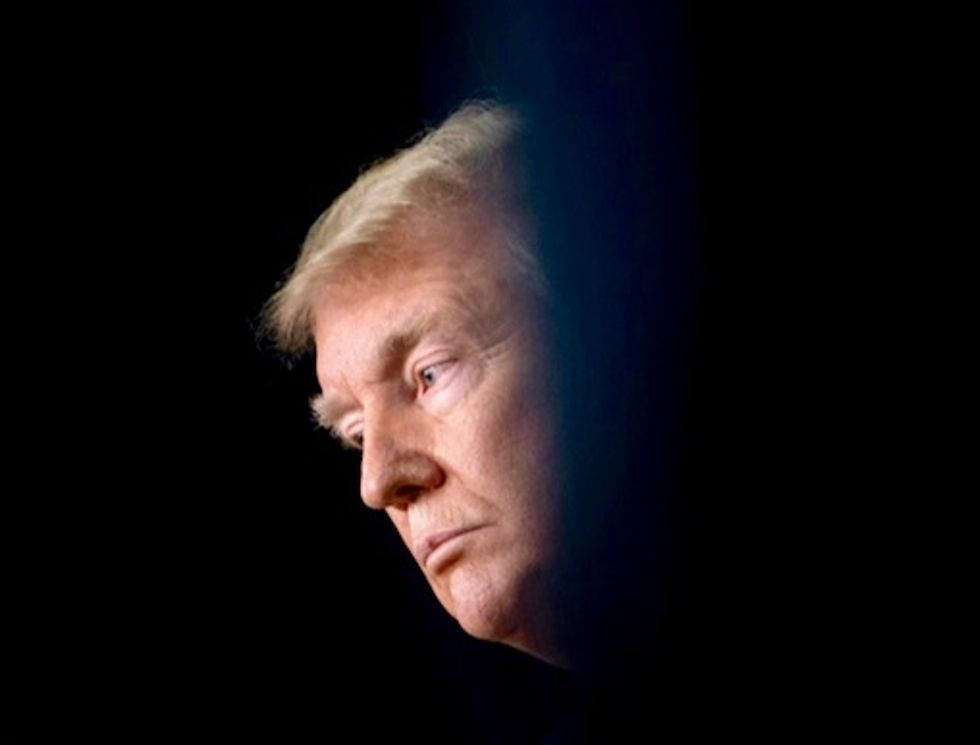 Writing at the Washington Post, conservative Peter Wehner and Jonathan Rauch of the Brookings Institute claimed that it has become all too obvious that Donald Trump will never likely face articles of impeachment from the GOP-controlled Senate -- but held out hope that the president could bring himself down or be brought low by circumstances beyond his control.

"In the wake of the roars of approval President Trump received from Republican lawmakers during his State of the Union address on Tuesday night, it may seem fanciful to think the president might be forced out of office by members of his own party. At second glance, too. Yet sometimes things that seem impossible one moment become inevitable the next," the two write.

"Republicans lost significant ground among everyone except Mr. Trump’s core base of rural, evangelical and 'noncollege' supporters (and even among them, the Republican margin shrank a bit)," they continued. "Mr. Trump’s hard-core base is large enough to dominate the Republican Party, at least for now, but it is not large enough to dominate the country. In the long run, a third or so of the country cannot effectively govern the other two-thirds with an unpopular agenda and a Twitter account. "

According to the two, Republicans, -- particularly mainstream ones who are worried about holding onto their seats --  will likely jump at the chance to dump Trump if the opportunity arises.

They listed off five crises that could derail the president.

"What, then, might flip Mr. Trump’s removal from impossible to inevitable? The most likely possibility is also the most obvious: the collapse of his support among center-right Republicans who so far have wavered but not completely turned against him," they began.

"The most ominous of which would be the discovery of clear criminality by the president or those closest to him (including family members). Another inflection point might be an economic recession. A third might be Mr. Trump’s mismanagement of a crisis. A fourth would be the continued deterioration of the president’s behavior. (By most accounts the president feels less constrained than ever)" they suggested. "And yet another might be the prospect that he will lead his party to comprehensive defeat in 2020, especially if he is weakened by a primary challenge. We would be surprised if one or more of these developments did not occur, and a combination is easily within the bounds of probability."

According to the two, Trump might likely step down in a plea deal that saves his family.

"Mr. Trump might step down to avoid impeachment, particularly if he were promised clemency for himself and his family. Short of outright resignation or removal, he could suffer enough defections so that he might announce he will not seek re-election. That would be a half-measure, but one that would allow the post-Trump conversation to begin," they hopefully suggested.