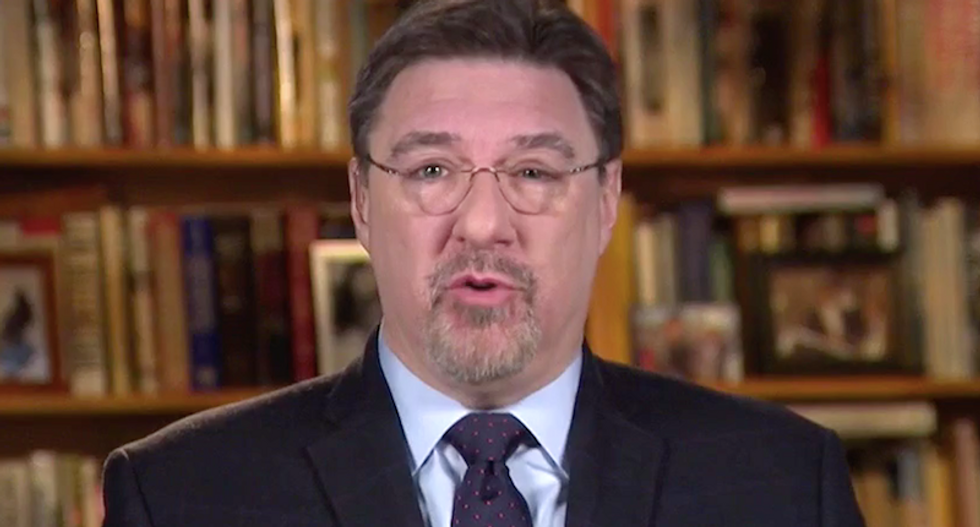 The "Morning Joe" host said Republicans have ignored or defended President Donald Trump's offenses, so it was infuriating for him to see conservatives going after Gov. Ralph Northam over a blackface photo from his medical school yearbook.

The conservative Nichols said the GOP's attacks on Northam were insulting.

"Everybody's got a right to express an opinion, not everybody has a right to be taken seriously," Nichols said. "The thing that was striking about Republicans on the Northam thing is that they were issuing these kinds of statements as though nothing had ever happened up until yesterday, as though somehow we're all like the guy in that movie ('Memento') who can't form new memories. Every time we go to sleep, we wake up and we start all over again as if nothing had ever happened, and it's insulting."

"I mean, it goes beyond hypocrisy -- it's insulting," he added. "It says to the listener, you don't really have any firm memories, you can't draw connections from one day to the next, so we're just going to say this and jump on this bandwagon and you'll totally get it because you're so dumb you can't remember a thing."