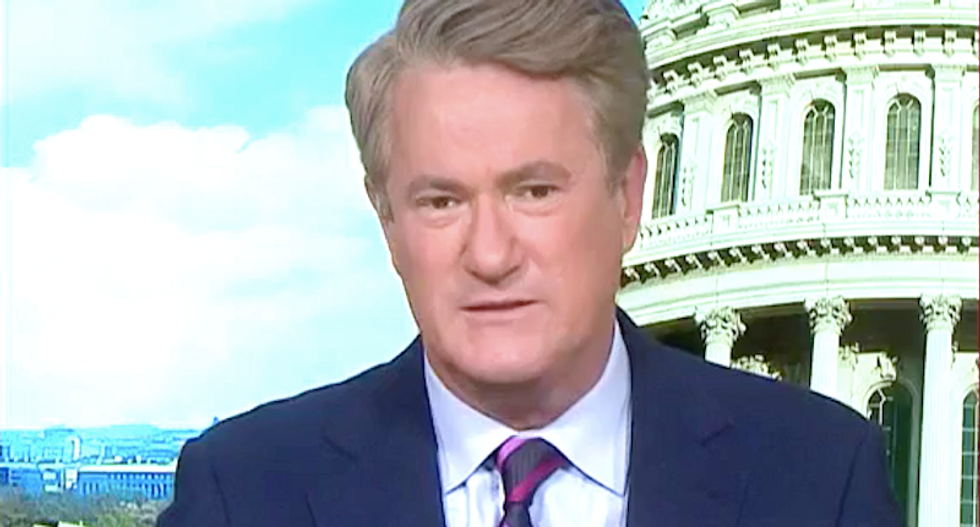 The "Morning Joe" host and MSNBC contributor Mike Barnicle said the president's proposed border wall was inherently racist, and that he was stoking hatred to consolidate political power.

"The foundation of the wall is hate, it's fear," Barnicle said. "As you build his wall over the course of his political career, you build on that hate and that fear, and it becomes fear of the other, and it becomes fear of brown people and fear a caravan, and fear of invasions and fear of MS-13. That's the root of Trump's presidential election, and that's going to be the root of his re-election campaign."

Scarborough said the president had made plain his racist intentions.

"He said it yesterday in a tweet -- we need to keep people from Latin America out of here," Scarborough said. "It's about the brown people that Donald Trump thinks do not belong in America."

He said bigoted hate permeated all of Trump's policies.

"You could look at all of his immigration policies, you can look at his campaign back in early December 2015, when he talked about the Muslim registry, when he talked about the Muslim ban," Scarborough said. "We said at the time, this sounds a lot like Germany in 1933. There's a reason, because in Germany in 1933 there were certain leaders that also focused on the other."