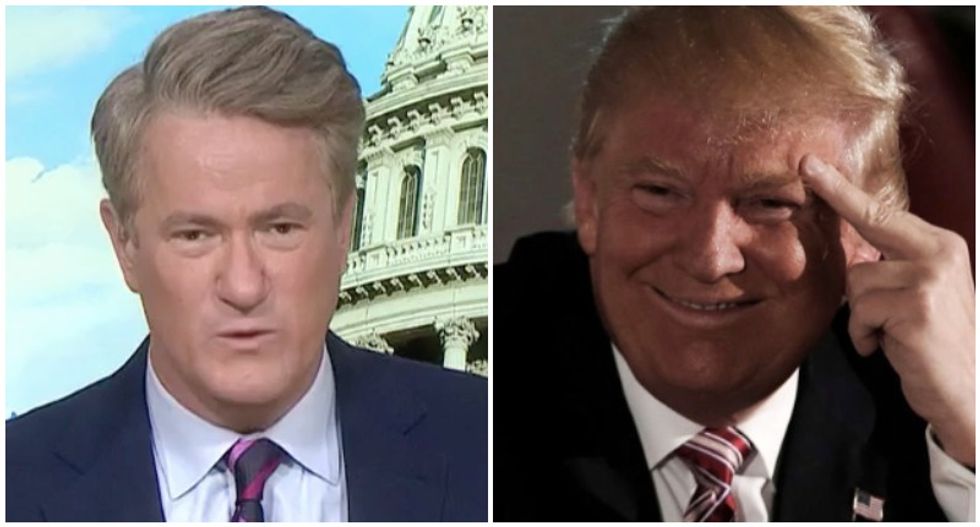 The Minnesota Democrat has been widely condemned for accusing the American Israel Public Affairs Committee lobbying group of paying off Republican lawmakers, and the "Morning Joe" host called out her GOP critics.

"I didn't hear (House Minority Leader) Kevin McCarthy or any Republican senators or House members attacking Donald Trump in his campaign with his anti-Semitic tropes," Scarborough said. "Do you remember the Star of David next to Hillary Clinton? Do you remember that?"

Scarborough asked a producer to show a side-by-side image of Trump's tweet with criticism from McCarthy, but the producer said none could be found.

"What about Paul Ryan or Mitch McConnell?" Scarborough said. "Do we have a side-by-side on that? I'd love to see the attacks when Donald Trump made an anti-Semitic attack against Hillary Clinton. Do we have that side by side?"

The producer again admitted that staffers couldn't find those quotes.

"Could you look for that?" Scarborough said. "It would be really good. There are other anti-Semitic tropes that Donald Trump did during the campaign."

He then pointed to the president's comments after neo-Nazis rallied in Charlottesville, where a Trump supporter ran over a left-wing demonstrator and killed her.

"I don't know -- I'm crazy, just kind of crazy," Scarborough said. "When you preach moral equivocation between neo-Nazis and those opposing neo-Nazis, that's sort of anti-Semitic, too, isn't it?"