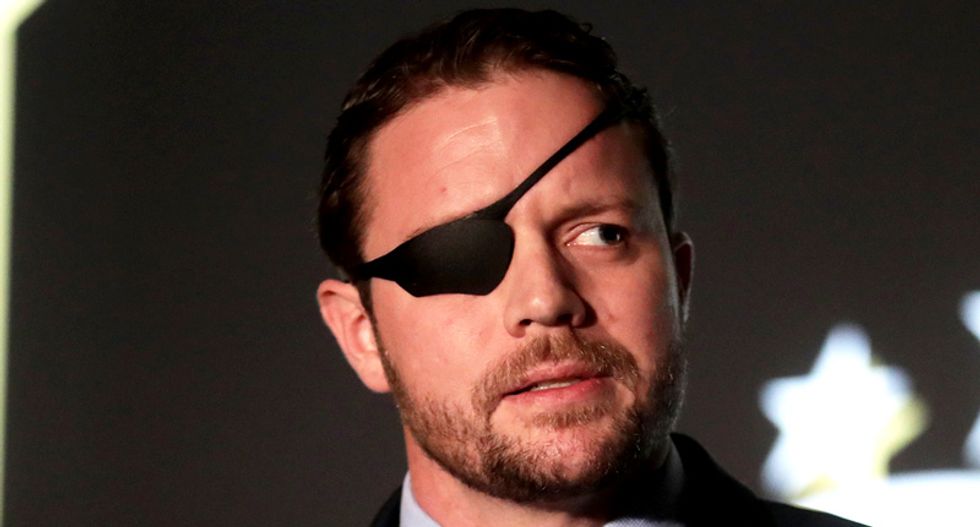 Rep. Dan Crenshaw (R-TX) has been described as the GOP's answer to Rep. Alexandria Ocasio-Cortez (D-NY) -- but he got thoroughly roasted by his fellow freshman.

The Texas Republican applied Ocasio-Cortez's proposal for a 70 percent marginal tax rate to the Super Bowl-winning New England Patriots, and the New York Democrat and scores of other social media users let him have it.

"Should someone propose a 70% tax on the Patriots so that NFL competition is more fair and equal?" Crenshaw tweeted. "Asking for a friend."

Should someone propose a 70% tax on the Patriots so that NFL competition is more fair and equal? Asking for a friend.
— Dan Crenshaw (@Dan Crenshaw) 1549253835.0

Ocasio-Cortez replied to Crenshaw's tweet to point out that her proposal wouldn't apply to most NFL players, and jabbed team owners who refuse to sign free-agent quarterback Colin Kaepernick over his protest of racism and police violence.

Other Twitter users pointed out other glaring flaws in Crenshaw's argument.

@DanCrenshawTX The NFL is about as socialist as it gets. Revenue sharing, free agency, salary cap. And every year a… https://t.co/WuOEt0XxaY
— Kace Phillips (@Kace Phillips) 1549254542.0

@DanCrenshawTX I see @SenTedCruz has competition for most embarrassing and uninformed elected official from Texas.
— Adam G. (@Adam G.) 1549287343.0

@DanCrenshawTX All this time being mad at kneeling football players and you guys never thought to once look up how the NFL works?
— Mike Drucker (@Mike Drucker) 1549292272.0

@DanCrenshawTX You should tell your friend they don’t understand how marginal taxes or professional football works
— Mike (@Mike) 1549287367.0