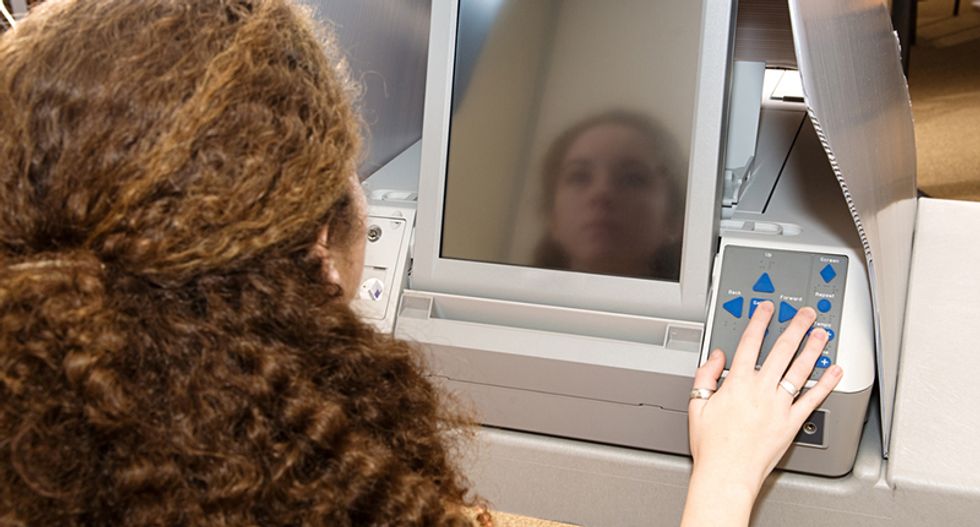 A young woman votes at a (Photo: Shutterstock)

Despite Russian interference in the 2016 election, President Donald Trump's administration has scaled back on task forces that were designed to fight foreign influence within the Department of Homeland Security.

According to a report by The Daily Beast, Department of Homeland Security official said, "they fear the department won’t prepare adequately for election threats in 2020."

“The clear assessment from the intelligence community is that 2020 is going to be the perfect storm,” a DHS official familiar with the teams told The Daily Beast. “We know Russia is going to be engaged. So it’s very curious why the task forces were demoted in the bureaucracy and the leadership has not committed resources to prepare for the 2020 election.”

They also explained that globally, that the White House is being seen as unprepared for a potential threat.

John Cohen, the former deputy undersecretary for intelligence and analysis at DHS said that the move and lack of resources for 2020 is "disturbing."

“If these reports are true, it’s highly disturbing that the department and the administration are not more focused on dealing with that threat," he told The Daily Beast.