Colorado cops detain black man at gunpoint for picking up trash: 'This is my house -- I live here' 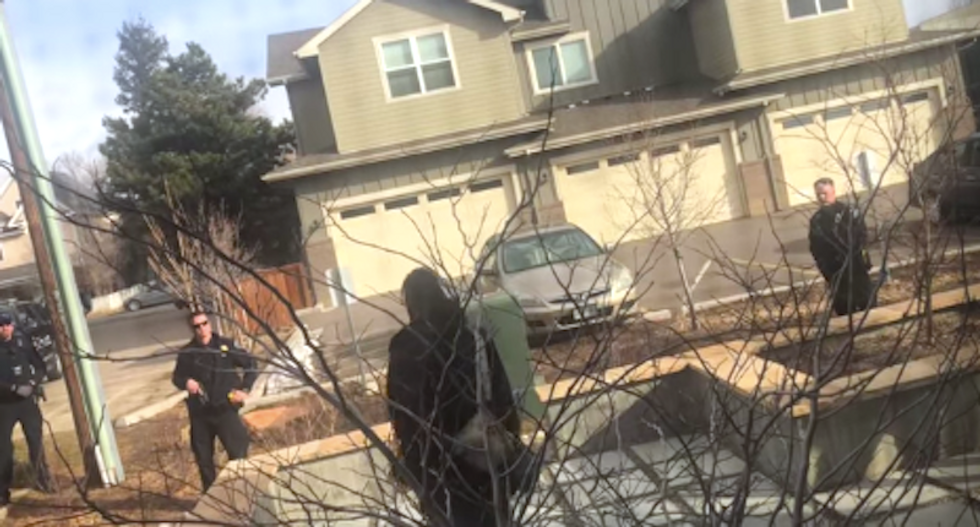 Police detained a black Colorado man who was picking up trash outside his own home.

A Boulder police officer questioned the man after spotting him Friday morning picking up trash with a clamper in a partially enclosed patio behind a "private property" sign, and he asked whether the man was authorized to be there, reported The Daily Camera.

The man, whose identity has not been released, told the officer he lived and worked in the building, and presented his school identification card, but the officer detained him for further investigation and called for additional assistance, saying the man was uncooperative.

A roommate began recording the encounter, and video posted online shows the man trying to explain that he lives in the building and did not have a weapon.

“You’re on my property with a gun in your hand, threatening to shoot me, because I’m picking up trash," the man says. “I don’t have a weapon! This is a bucket, this is a clamp.”

“I’m not sitting down and you can’t make me,” the man says as additional officers arrive. “This is my property, this is my house -- I live here.”

The man counts out eight officers at the scene, and the first officer holsters his firearm after the man lays down his clamp device.

Police have launched an internal investigation of the incident.