Democrats already have a Trump impeachment roadmap -- now they just have to use it: columnist 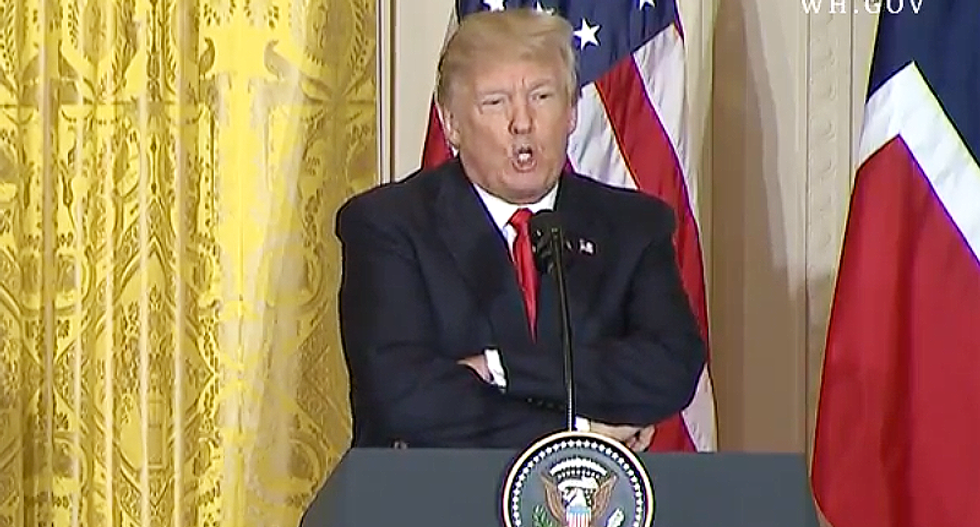 According to an opinion piece by the Daily Beast's Lloyd Green, Democrats need only look back at how the late Rep. Peter Rodino (D-NJ) went about preparing the case for impeaching President Richard Nixon over Watergate if they hope to rid the country of Donald Trump.

Green writes that Rodino remained focused on keeping personalities out of it -- which would have rallied Republicans -- and stuck to the crimes at hand, with a little help from Republicans.

"That investigation set the 'gold standard" for future impeachment efforts. It’s a standard the committee must live up to now in a country where many Americans still give Trump the benefit of the doubt but aren’t ready to turn the page without learning more," he wrote before adding, "Unlike the Nixon impeachment inquiry, the current impeachment drive did not commence against the backdrop of identifiable events that took place after Nixon was elected, or which resonated beyond the partisan divide. Here, there was no Watergate break-in or Saturday Night Massacre. Instead, impeachment feels like a cumulative punishment for 'modern presidential,' Trump’s ceaseless effort to define deviancy, and decency, down."

As the author explains, Rodino knew he needed GOP support if he was going to be successful and made a bold move by bringing in a Republican lawyer to assist with the effort.

"Rodino did not task the impeachment investigation to the committee’s usual attorneys. Instead, he tapped John Doar as lead lawyer. Doar was a Republican and civil rights advocate who had served in both the Kennedy and Johnson administrations. In turn, Doar worked seamlessly with Albert Jenner, the Republicans’ counsel of choice, a name partner at a still-prominent Chicago law firm," Green explained.

"Rodino’s steps yielded dividends within months. On February 26, 1974, the House voted 410-4 to back a full-blown impeachment investigation. The operative resolution, H. Res. 803, 'authorized and directed' the committee to 'investigate fully and completely whether sufficient grounds exist for the House of Representatives to exercise its constitutional power to impeach Richard M. Nixon, President of the United States of America.'" he continued. "It also gave Rodino, and Michigan’s Edward Hutchinson, the committee’s ranking Republican, the power to unilaterally issue subpoenas."

Green notes that Rodino lobbied Republican members of the Senate who were on the fence over Nixon which gave his push for impeachment bi-partisan support, writing, "In the end, the committee’s voted to impeach on the grounds of obstruction of justice, abuse of power, and contempt of Congress. Each article of impeachment adopted by the committee had at least two Republican supporters and even as many as seven. Lawrence Hogan, a Maryland Republican and father of Maryland’s current governor, voted in favor of each count adopted by the committee."

He concludes, "With an overwhelming Democratic majority on the committee, the initial mechanics of impeachment should be relatively simple. Yet at this time of national divide, the Congress as a whole would do well to strive for a modicum of equanimity and dignity. Sometimes, how you play the game actually matters. This is definitely one of them."