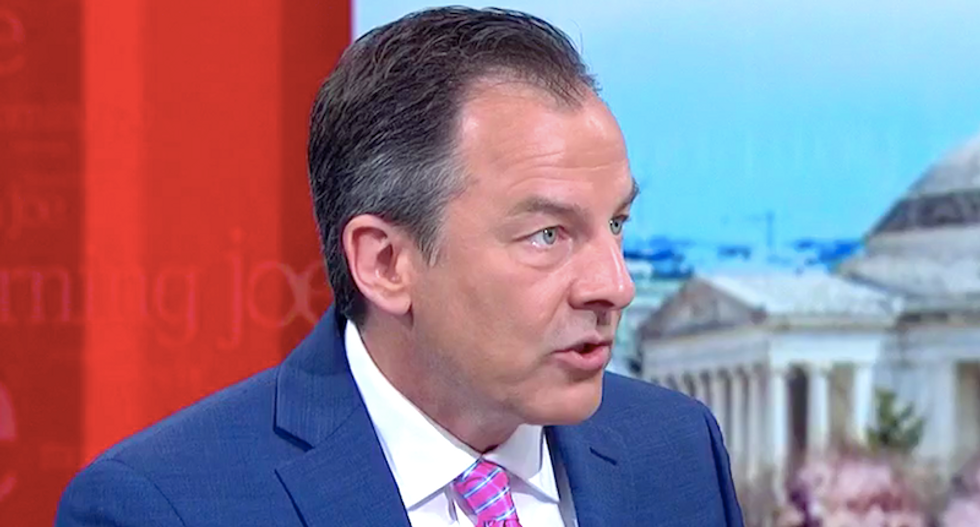 Appearing on MSNBC with host Alex Witt, GOP strategist Rick Tyler was visibly upset at what he heard from Donald Trump during his speech at CPAC, and even more so by the enthusiastic reception the president was receiving.

"It's interesting about CPAC," Tyler began. "It used to be the confab of conservatives who would get together once a year but it's not CPAC anymore -- it hasn't been since 2016. It's now Trump-pac and should be TPAC."

"The people there talk about being pro-tariffs, anti-justice, anti-law enforcement, anti-immigrant, anti-Muslim, pro-Russia, pro-autocrat," he continued. "It's unrecognizable what Donald Trump has done to the party and what he's done to the conservative movement -- it's a shame."

Asked by host Witt, "What can be done to resurrect the Republican Party as it was -- or is that gone?" Tyler said the party is dead.

"Rest in peace," he lamented. "No, it's over. The problem is that the Republican Party has no grounding governing philosophy anymore because they've signed on to all these things as I just mentioned that were antithetical to the conservative movement."

"So it's the Trump party," he conceded. "When Trump passes on, one way or the other, the party will no longer exist and the Republican party will have -- it has no fundamental belief. You have to believe in something, and I don't know what the Republican Party believes in or what its message is anymore."