Here's how Trump could be prosecuted just like mobster Al Capone 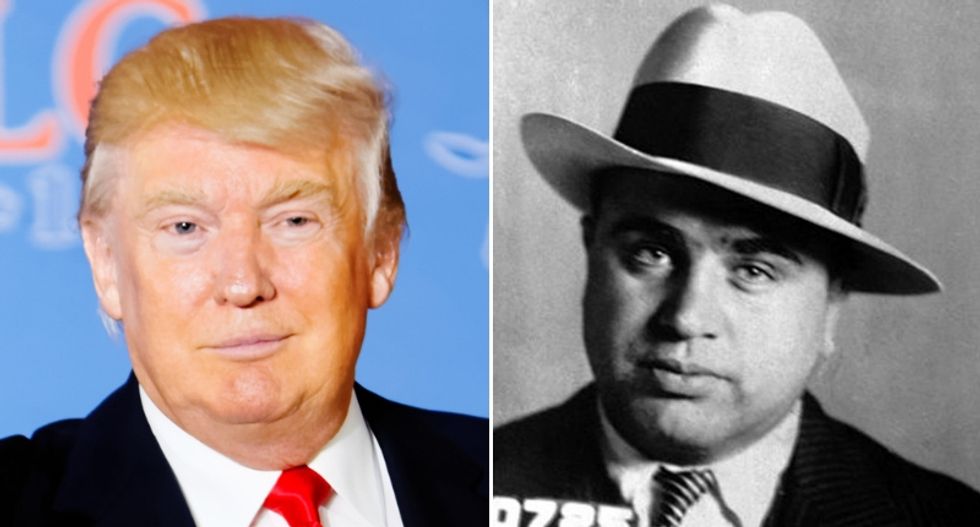 A New York attorney is proposing that Donald Trump should be prosecuted via his taxes — just like the infamous mobster Al Capone.

David Dorsen, a former Senate lawyer during the Watergate scandal, told MSNBC's Ari Melber on Monday night that the Southern District of New York "may be sitting there with Trump's income tax returns."

"Are you basically imagining an Al Capone situation where after everything happens he gets in trouble for tax deductions?" Melber asked him?

During his Tuesday night hour, the host brought on William Wachtel, a respected New York City attorney who's a proponent of the Capone approach.

"I'm hot on this because it's simple," Wachtel said. "As opposed to following the money and following the documents, tax cases are simple. That's why Al Capone got 11 years in 1931 — because they couldn't get him on anything else so they went after him on the simple fact that tax returns are required."

He then outlined three facets of a tax case against Trump.

First, Wachtel noted, is the fact the president paid his former "fixer" Michael Cohen $420,000 — payments that, altogether, require a 1099 tax form and result in a misdemeanor if that form is not filed. While it's unclear to the public if that form was filed, prosecutors can easily find that out by looking at Trump's tax returns.

"He may have filed one," the attorney said, coming to his second point. "In fact, if he did, it would be further evidence that he regarded this as a business expense — an ordinary, necessary business expense, and would have shown up on his tax return."

Of course, the payment was neither ordinary nor necessary — "it was a payment of hush money," Wachtel noted.

The third "piece of the puzzle," Wachtel said, is the sum of the previous two.

"The big one is the tax evasion," he said. "If $420,000 was treated as a business expense and reduced the amount of taxable income to Donald Trump, that would be tax evasion. That's a five-year count."

"If you gave me the tax returns for the relevant period, it would probably take me about 15 minutes to tell you, for sure, that a crime has been committed," Wachtel concluded.