MSNBC conservative gets schooled on Trump's 'family criminality': 'That's the reason for all these investigations' 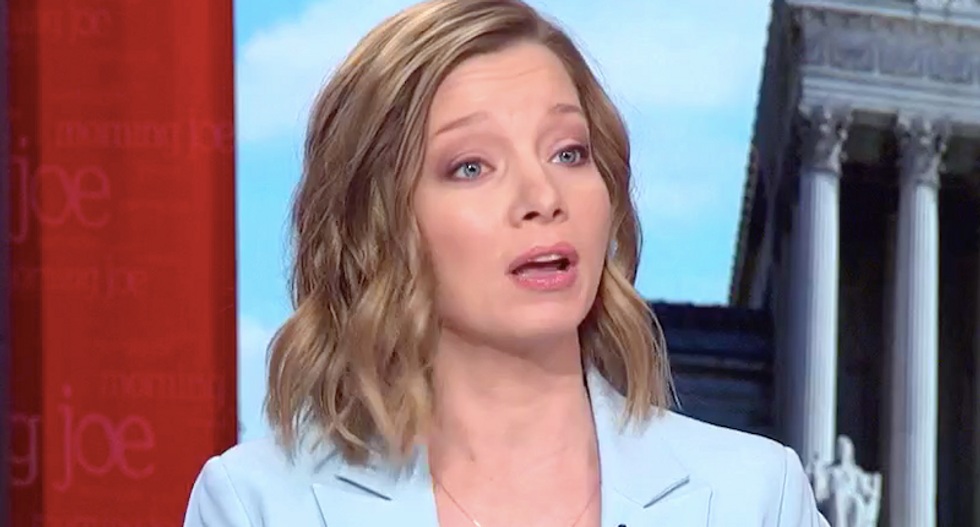 A conservative guest told MSNBC's "Morning Joe" that Democrats had violated a campaign promise by opening wide-ranging investigations into President Donald Trump -- but she was swiftly set straight.

Kristen Soltis Anderson, a Republican pollster and Washington Examiner columnist, offered some unsolicited advice to Democratic lawmakers and cautioned them against feeding Trump's narrative -- which she admitted up front the president would push regardless.

"Donald Trump is going to say this is a witch hunt no matter what," Anderson said, "but I think the breadth of what is being investigated and the number of investigations means that your median swing voters are likely to believe Donald Trump when he says it, rather than just his base."

House Democrats have already questioned former Trump attorney Michael Cohen and issued dozens of document requests from the president's associates, and Anderson argued that would hurt them more than Republicans.

"By giving him a little more room to make that argument and be credible to more people," she said, "I think it is helping enhance the chance he gets re-elected, that it's harming the chances of any real findings of this investigation to be viewed as, look, this was just the legal process taking its course, this is just oversight at work, which I think in some ways it makes it harder for someone like, say, a Bob Mueller."

"Let's say he finds something pretty serious," Anderson added. "If it is one of a panoply of different investigations, and Trump has more credibility with voters, when he says this is a witch hunt, I think that would be really unfortunate."

MSNBC analyst Mike Barnicle didn't disagree that Trump would play the victim regardless of what Democrats did, but he said the president's alleged crimes must be investigated to uphold the rule of law.

"I don't disagree with what you said, but you get back to a basic question, the reason for all these investigations -- Donald J. Trump's family criminality over the scope of decades," Barnicle said. "You could start here in New York with rentals and buildings, now it builds up, he's president of the United States."

The veteran columnist said the president's constant bellyaching might also undercut his own case that he's the victim of a witch hunt.

"The scope of potential criminality in this thing is unheard of in a sitting president of the United States," Barnicle said. "To your other point, I absolutely agree with you. By him doing this every day, witch hunt, no collusion, every day, multiple times a day, the public out there is just exhausted from all of this and really is too busy and too consumed with, enough is enough, to focus on the criminality. But the public will."