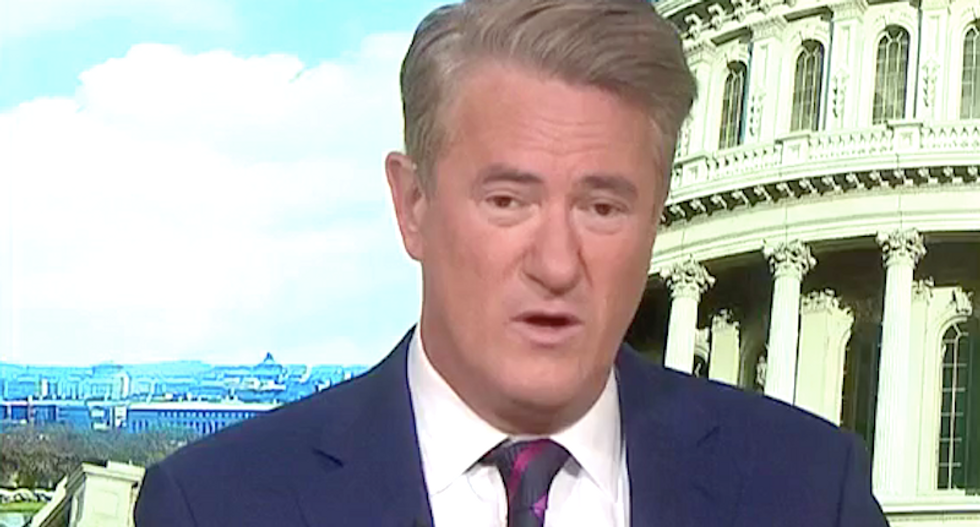 MSNBC's Joe Scarborough busted President Donald Trump for declaring "war on the poor" to give tax cuts to himself and his wealthy friends, like Jeffrey Epstein and Robert Kraft.

The "Morning Joe" host shamed the president for gutting funds for health care and the Special Olympics after Republicans passed a tax reform bill that offers cuts to the wealthiest Americans, and MSNBC analyst Mike Barnicle was disgusted by the cruelty.

"You've set out and established one of the constant themes of this Trump presidency," Barnicle said. "He has separated families at the border, he wants to cut off Medicare funding -- he has declared war on the poor. We now have the prospects of work requirements for Medicaid recipients. Now let's cut the funding for Special Olympics."

Barnicle's wife serves on the board of directors for Special Olympics, and he said the president simply lacks the human empathy to appreciate the good generated by that program.

"There's a level of cruelty and blindness to reality that is staggering," Barnicle said.

"The only thing that I can think," he added, "that I conceive of is that the president the United States gives very little thought to these people, as long as he is in the center of the ring. It doesn't matter whether he's taking punches, winning or losing, because he has convinced himself in the center of that ring, his own ego, that it is only he who is important, that it is only he who means anything."

Scarborough pointed out that these budget cuts to Special Olympics and other social programs come as the federal government is extending massive tax breaks to corporations.

"Corporations (are) just rolling in money after the tax cuts," Scarborough said. "I talked to some CEOs talking about what an incredible windfall that was, and the hundreds of millions of dollars that went their way."

He then turned his attention to Trump's billionaire friends, including a convicted child sex criminal and an NFL owner arrested in a sting against an alleged human trafficking ring.