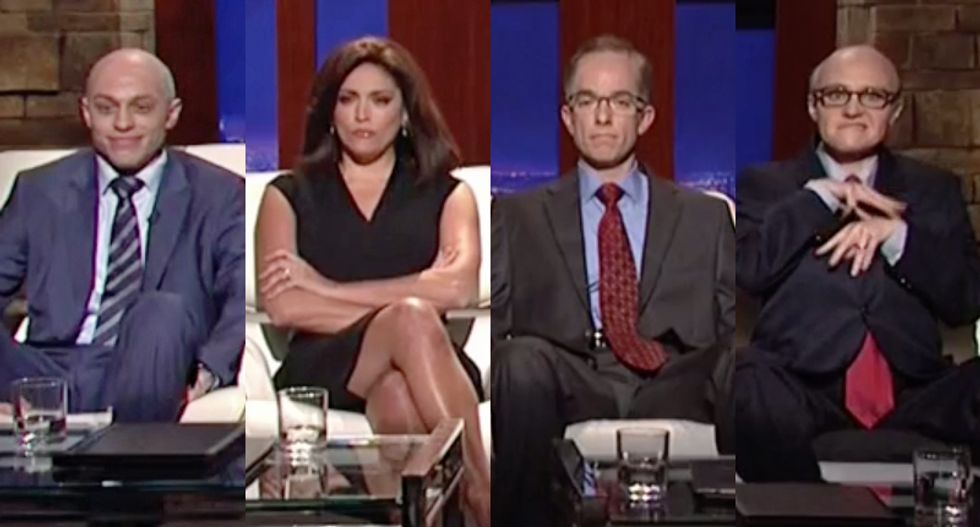 NBC's "Saturday Night Live" presented the fictional TV show of "Shark Tank: Legal Edition" -- "where celebrities in legal trouble make their case to see if any of our sharks will represent them."

"I already got a good feeling about being this guy, yeah," said Giuliani, who was introduced as a "leper" who can't be fed after midnight "or it's gremlin city."

"I'm seeking an attorney who will make sure no one sees the video of my 77-year-old pigskin getting tossed around," he continued.

"The real criminal in this story is the immigrant woman at the day spa who stole that job from a soft, white, American hand," she argued.

"Okay, now at the risk of Reese Witherspoon blocking me on Twitter, I have to say, can't a billionaire get a hojo in peace?" Dershowitz wondered. "Let the man have some fun."

"Also $59 in Palm Beach? I respect the man for getting a great deal," he added.

"Listen Bob, if you pick me, I would happily go on TV, contradict everything you've ever said -- and then add additional damaging information free of charge," Giuliani said.