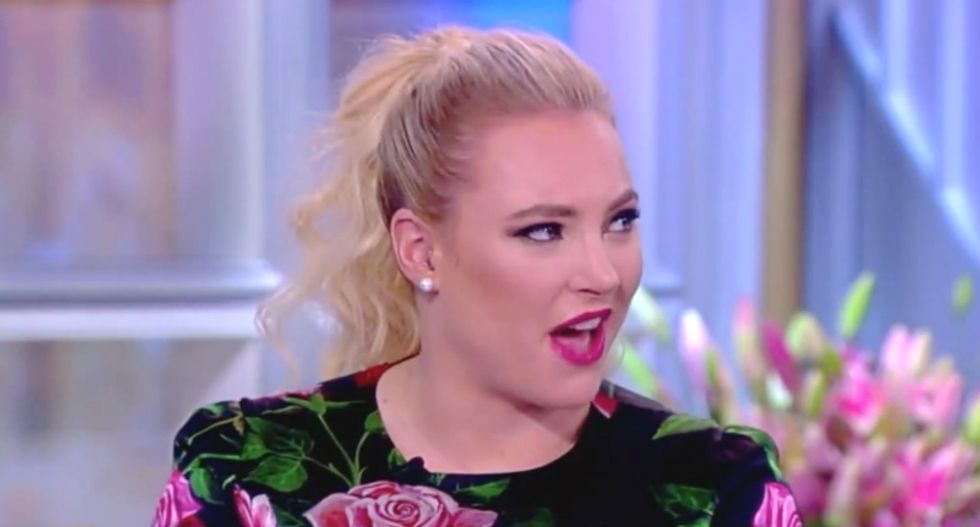 The View's Meghan McCain on Tuesday used a discussion about Democratic strategist Donna Brazile's new position at Fox News to talk about her own deep-seated feelings of persecution, saying she knew what it was like 'to be hated' -- and shot a dirty look at the studio audience.

"Anyone that knows Donna knows that she's pretty spicy. She has a wonderful sense of humor. She'll handle this extremely well," said co-host Sunny Hostin, saying Brazile would fill a much needed niche role at the network for the 38% of Americans who identify as independent voters.

"I think it's interesting to go into a space where your ideology is hated," McCain broke in, turning to glare at the audience. "Not that I would know anything about that every day."

"Hate is too strong a word," replied co-host Whoopi Goldberg.

"Normally, it feels like a pretty hostile audience when I come in here, which is fine," McCain went on defensively. "I'm a big girl. I'm not asking for sympathy."

McCain has a long history of playing the victim.