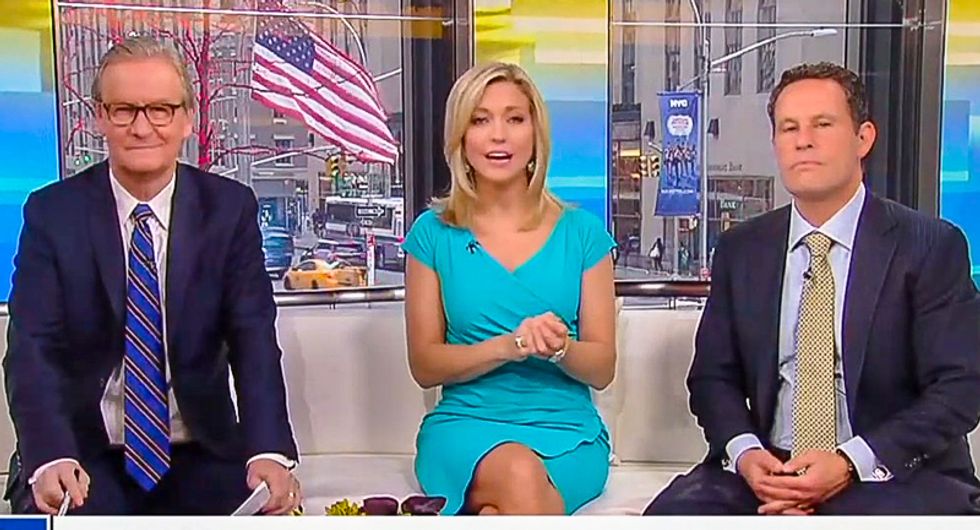 The holy relic, which supposedly was the crown of thorns worn by Jesus during his crucifixion, was saved from Monday's devastating fire at Notre-Dame de Paris.

"They were able to save the two most hallowed relics the cathedral is famous for, the tunic worn by St. Louis, who was a 13th-century French king," said co-host Steve Doocy, "and, more importantly, the Crown of Thorns that Jesus is said to have worn. Both of those firefighters went in at the height of the storm to rescue them, and they are currently at the Paris City Hall, safe."

That's when Earhardt chimed in to offer anachronism.

"Brought to Paris by Mary Magdalene," she said.

The Catholic saint was a first-century contemporary of Jesus, and was a witness to his crucifixion, burial and resurrection. The cathedral was built more than a thousand years later.