Fox & Friends reporter blindsided by diner guest: Who cares about money if the planet's on fire? 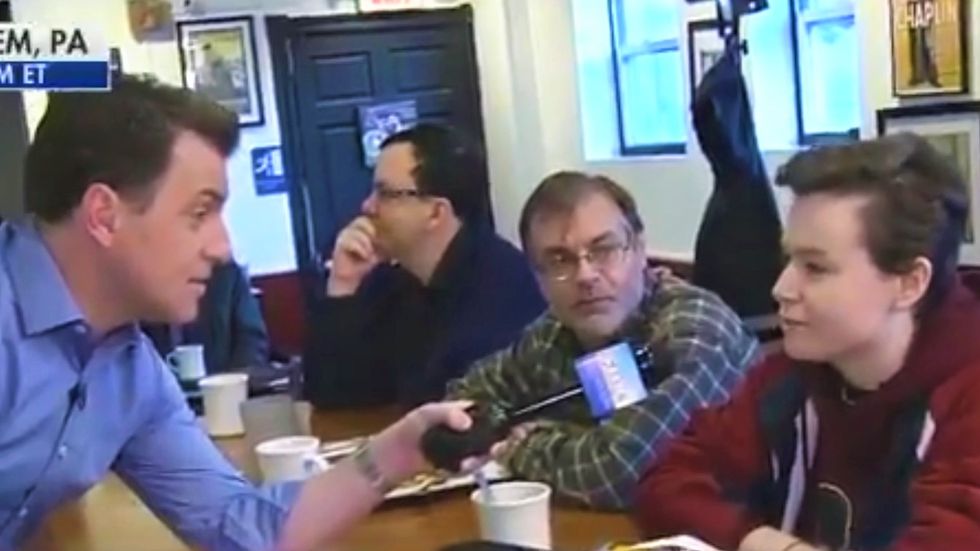 "Fox & Friends" reporter Todd Piro was caught off-guard when he went to a diner in Bethlehem, Pennsylvania and found that one diner guest believed that climate change was the most pressing issue of the day.

While interviewing diner guests to get their views about politics, Piro interviewed a young woman who made the case that America needs to tackle climate change before it's too late.

"Ultimately the other issues are all solvable, but if the planet starts catching on fire and we're all dead, it doesn't do us any good to see how much money we can make," she said bluntly.

Piro responded by pointing out that she and her father had gotten into an argument over how to pay for fighting climate change -- and then quickly moved on to another diner guest.

Earlier this month, Piro was similarly thrown for a loop after a diner guest in Missouri similarly told him how important it was to combat climate change -- and he even went out of his way to praise the Green New Deal.

Fox & Friends diner guest on why climate change is her top issue: "Ultimately the other issues are all solvable, bu… https://t.co/p90wrthYdf
— Bobby Lewis (@Bobby Lewis)1555413712.0