'I'm sorry I wasn't a robot!' Sarah Sanders lashes out after being cornered by ABC on her lies about Comey 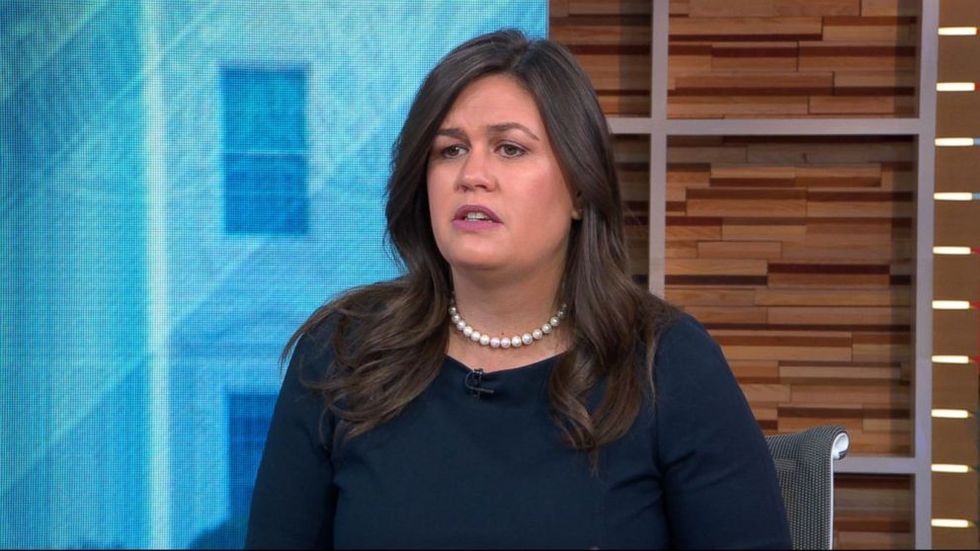 During an interview on ABC's "Good Morning America," Stephanopoulos took Sanders to task for claiming that her lie about "countless" FBI agents thanking her for firing Comey was a mere "slip of the tongue." In reality, he noted, Sanders repeated the claim about FBI agents being happy about Comey's dismissal twice in the days after the initial statement.

"That's not a slip of the tongue, Sarah, that's a deliberate false statement," he said.

"Actually, if you look at what I said, I said the slip of the tongue was in using the word 'countless,'" Sanders explained. "There were a number of FBI [agents], former and current, that agreed with the president's decision."

Stephanopoulos was having none of it, however, and he pointed to special counsel Robert Mueller's report that Sanders admitted to the special counsel that her comments about Comey "were not founded on anything."

"It was in the heat of the moment, meaning that it wasn't a scripted talking point," she said. "I'm sorry that I wasn't a robot like the Democrat Party."