Megyn Kelly reportedly wants to return to Fox News but they're not interested: She's 'damaged' goods 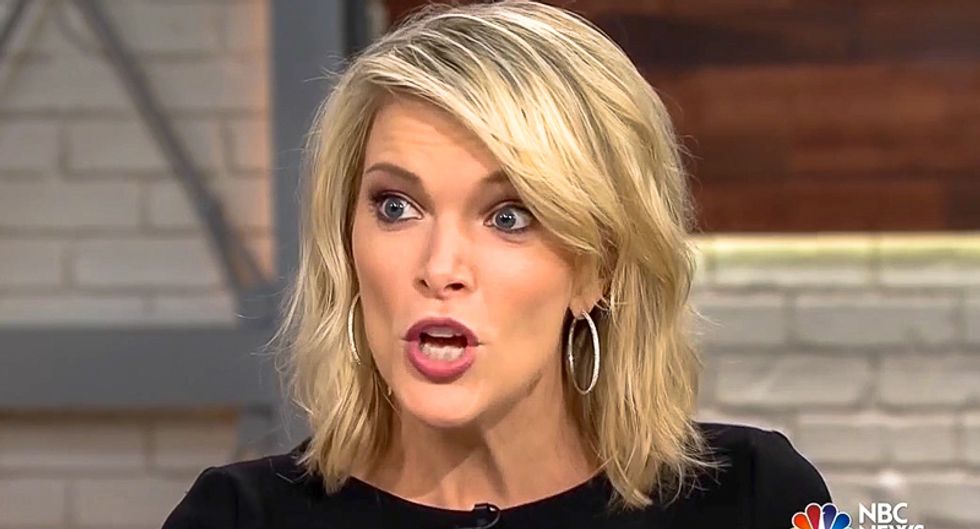 Deep in a report at the Daily Beast about former Fox and NBC host, Megyn Kelly's hopes to land another job hosting a TV show, Fox News executives state that she is likely not welcome back at her old home after leaving the network under a cloud of controversy.

According to the report, Kelly has been sending out feelers in search of work after being unceremoniously dropped by NBC for not only failing to attract an audience but for controversial comments she made about blackface.

"Kelly is said not to regret her decision to leave for NBC, even though her Sunday magazine show, her initial project there during the summer of 2017, was cancelled after a mere eight of 10 planned episodes. Even Kelly is said to accept that her efforts to reinvent herself as a homey, female-friendly morning television host were less than successful," the report claims.

While a return to Fox News is a possible destination for such a high profile host, the conservative network is not rushing out to sign her up due to a general antipathy towards her emanating from the top.

“As we have said numerous times, we are extremely happy with every hour of our line-up and we have no intention of making any changes to it,” a Fox News spokesperson said in an interview with the Beast.

The lack of interest in Kelly by likely heavily influenced by comments made by Lachlan Murdoch, chairman and chief executive of Fox News’s corporate parent Fox Corp.

In an interview with CNBC host Andrew Ross Sorkin, Murdoch remarked, "Look, I’m a big fan of Megyn’s, I like her a lot. We didn’t want her to leave Fox when she did. Having said that, I’m very happy with our current lineup on Fox, and we won’t be making any changes there.”

“Is she damaged because of this whole experience?” Sorkin pressed, to which the Fox head replied, "Sure, I think she is.”

Following up on Kelly's latest attempt to get back on the air, the Beast contacted former Donald Trump aide Hope Hicks, who serves as Fox Corp.’s chief spokesperson, who replied with a terse “No change” in the former Fox host's chances of returning.

Opinion Media Fox News
Report typos and corrections to: corrections@rawstory.com.
Like this article ? Text `Support` to 50123 to donate.
READ COMMENTS - JOIN THE DISCUSSION