MSNBC conservative explains why nobody thinks Trump was exonerated: 'He acts like a man who's terrified' 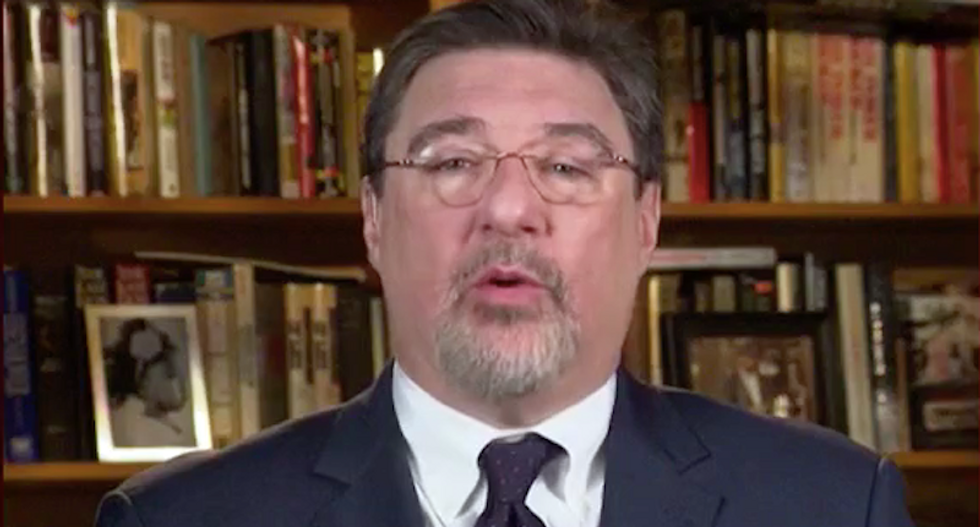 "I think one reason it's not getting a lot of traction is because of the way the Republicans and the administration are acting about it," Nichols said. "They're not acting like people who feel like they've been cleared. The attorney general is already walking things back. He puts out this four-page summary, which I think he knew his job -- he had to control the narrative within 24 hours. He did, but that didn't last very long."

Nichols said the president and his GOP allies had overreached by highlighting one line from Mueller's report to claim there had been no evidence of collusion found, when the special counsel specified that Trump had not been exonerated.

"We have plenty of evidence already in the record from multiple indictments that that's not true," Nichols said, "and I think that what comes out of the Mueller's report is going to affirm that. But then there's the president himself who can't just take a win as a win, and he has to go to this rally and he acts like a man who is terrified."

"I'm not a businessman, he seems to have a talent for marketing, but I would love to play poker with the president because he's a walking bundle of tells," Nichols added. "He goes to this rally and he's kind of going on about it and making fun each faces and rolling his eyes, and I think, you know, for somebody who is arguing that he's just been vindicated, he's acting like a man who hasn't been vindicated at all, and really seems quite scared."