MSNBC's Morning Joe admits he was wrong about democratic norms: Only laws will stop a 'would-be tyrant' 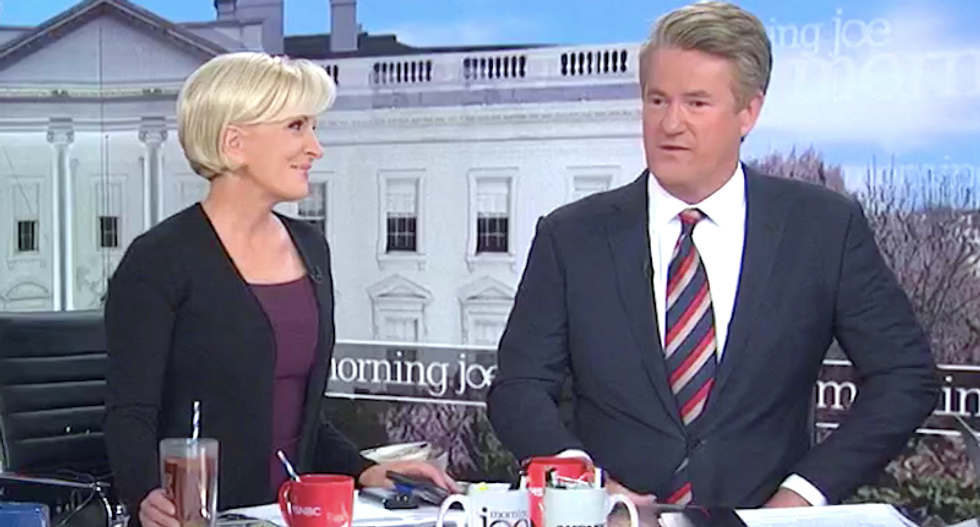 MSNBC's Joe Scarborough admitted he may have been wrong about democratic institutions holding back President Donald Trump's assault on the rule of law, and he said unwritten norms must be codified to prevent another "would-be tyrant."

The "Morning Joe" host laid out a list of norms Trump had violated and loopholes he had exploited to gather power and possibly even avoid prosecution, and he said the Constitution must be updated to keep that from happening again.

"We have to stop saying whatever the president says is declassified," he continued, "because after attacking Hillary Clinton throughout an entire campaign for sending emails that might have been classified, he just blabs to the foreign minister of Russia, and just blabs. Every time he does something reckless and irresponsible that concerns the intelligence community, everybody goes, well, if the president says it's not classified, then it's not classified -- wrong. That's the wrong answer."

"The president should be indicted, Democratic or Republican presidents," Scarborough added. "You can't shoot somebody on Fifth Avenue and ride it out. You can't be in a position where Donald Trump is, if he's not re-elected, he might be sent to jail or indicted, but if he is re-elected, and he commits crimes to get re-elected he still can't be indicted -- wrong, and it's wrong for the president of the United States to be a national security risk."

Scarborough said the Constitution must be reviewed and updated to protect against unscrupulous presidents, lawmakers and other officials.

"We need a constitutional review by brilliant Republican and Democratic -- conservative, liberal scholars -- can look at it," he said. "I appoint George Conway to run the whole thing. I'm dead serious, because he's a conservative jurist, and Neal Ketyal. They get together and figure out what doesn't work when you have somebody that is a would-be tyrant in the White House."