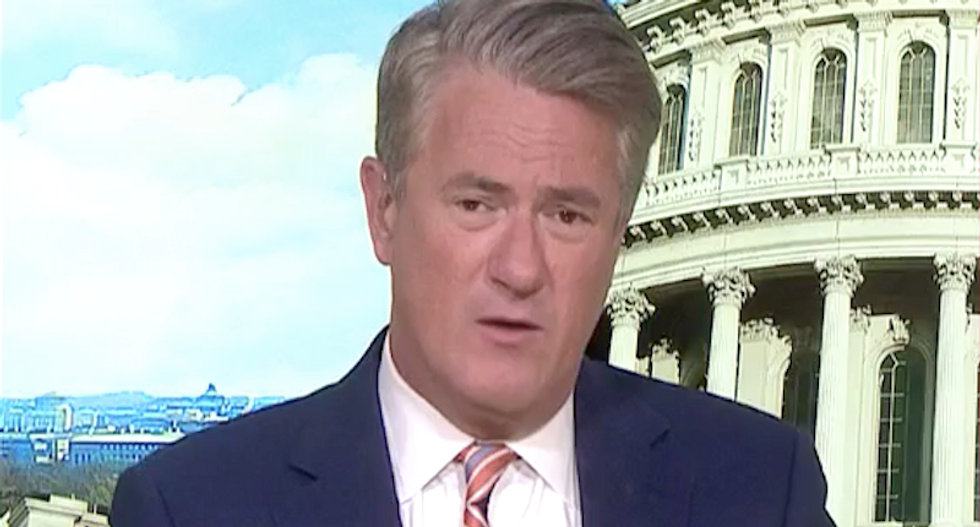 The "Morning Joe" host has frequently ripped Miller's appearances on TV and his harshly anti-immigrant views, and he said the president doesn't like that.

"The last time I had a conversation with Donald Trump, I was actually yelling over Stephen Miller," Scarborough said. "We actually raked him over the coals for two days, Stephen Miller, for saying the president's authority was not to be questioned. I found that to be illiberal, undemocratic and frightening, and we said that for two days."

Scarborough found the president's reaction to that criticism "curious."

"It's the only time I've heard Donald Trump call and yell in defense of somebody else," he said. "He actually said, 'You're hurting this poor young kid.'"

Co-host Mika Brzezinski noted the irony in that statement, given Miller's involvement in the administration's controversial family separation policy.

"He said, 'You're not being nice to this poor young kid, you're killing him every day,'" Scarborough said. "It was the first time I'd ever heard him talk about any staff member that way. Of course, the comeback was you need to tell the poor young kid he needs to read the Constitution and stop saying the president's authority is not to be questioned."