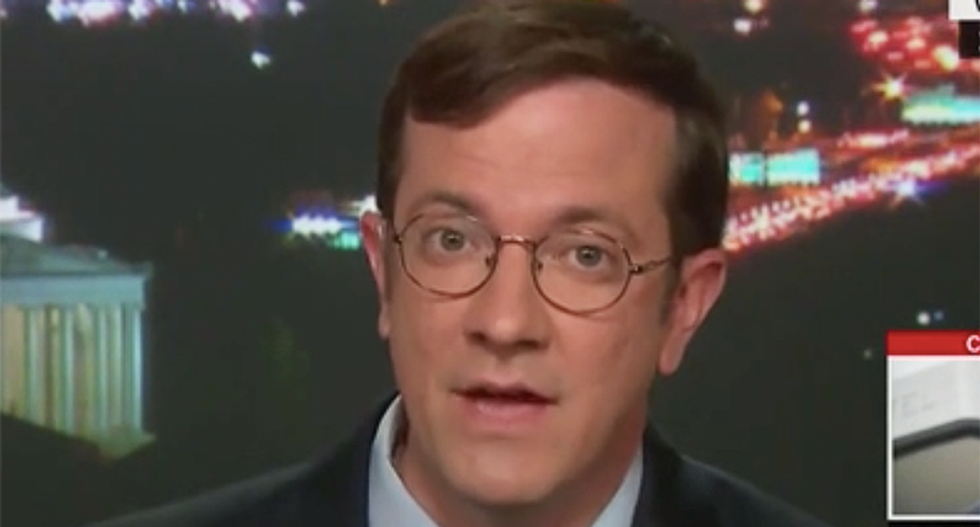 Top Republican and Trump transition staffer J.W. Verret signed on to a demand to call for the president's removal from office.

In a CNN interview Tuesday with Don Lemon, Verret said he read the full report from Robert Mueller twice and that there is no other choice -- President Donald Trump must go.

"I think you can extend the impeachment hearings out quite a bit time to educate the public," he said. "That's part of the process -- part of the process with the Nixon hearings in advance of impeachment. But it's time to call it what it is. Let's not play word games. This is serious stuff. And as time goes on more and more Republicans will feel comfortable with the findings in the Mueller report. What that tees up for the impeachment hearings."

Lemon wondered if he actually sees Republicans in Congress doing something to act on the president's illegal actions. Verret said that he believes in the process and has faith that the Founding Fathers anticipated something like this happening.

Verret conceded that he wished things would simmer down, but they never did.

"I hoped that it could be guided in a constructive direction," he told Lemon. "I believe it has. I'll disagree with many Democrats on that on a number of policy issues. But the Mueller report is something I was waiting for to come out and speak out. And directly speak out against the president. Because I wanted to see the findings. I trusted Mueller as a person. I've always had issues with the president even on the transition team. He was never someone I admired. I worked with Sen. Marco Rubio (R-FL) on policy issues, in the primary I admired him and most other folks in the primary. I watched Trump systemically call all of these people I admired names. I never admired him. I hoped we could work constructively. But the Mueller report is something you can't look away you have to admit it. The emperor has no clothes."

He noted that it can no longer be ignored, "The Emperor has no clothes."