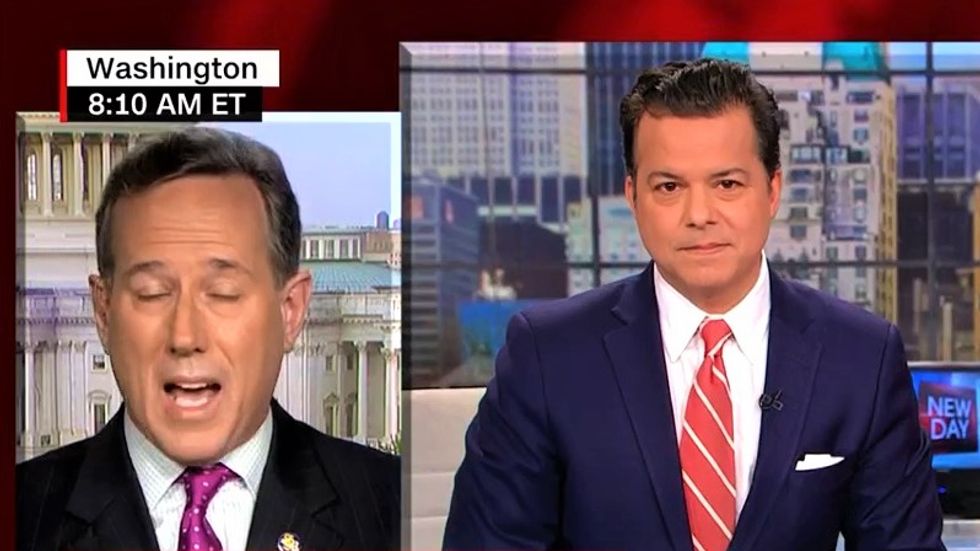 Trump supporter Rick Santorum bumbled through his efforts to defend the Trump campaign's actions in 2016 -- and then was forced to admit that it's wrong for an American presidential campaign to seek out dirt illegally obtained by the Russian government.

When asked by CNN host John Avlon on Monday about Trump lawyer Rudy Giuliani's now-infamous assertion that "there's nothing wrong" with taking information about your political opponents offered by Russians, Santorum initially tried to defend Giuliani's statement before quickly realizing he couldn't.

"I think what Rudy's point was, talking to someone who happens to be a Russian is not problematic," Santorum said. "The question is whether that person is a Russian who is connected to the Russian government. So obviously there's people..."

At this point Avlon interrupted Santorum and reminded him that the Mueller report showed that the people whom the Trump campaign was seeking information from proudly touted their connections to the Russian government.

"Again, if it's someone connected to the Russian government, no, you shouldn't be taking information, shouldn't be soliciting and having conversations with them," Santorum admitted. "I agree with that, but that's not necessarily what was known at the time."

"But it is what was promised!" Avlon shot back. "Don Jr. believed it was a Kremlin-linked person who was bringing dirt on Hillary Clinton."

"I think that's inappropriate," Santorum acknowledged. "There's no question about it."