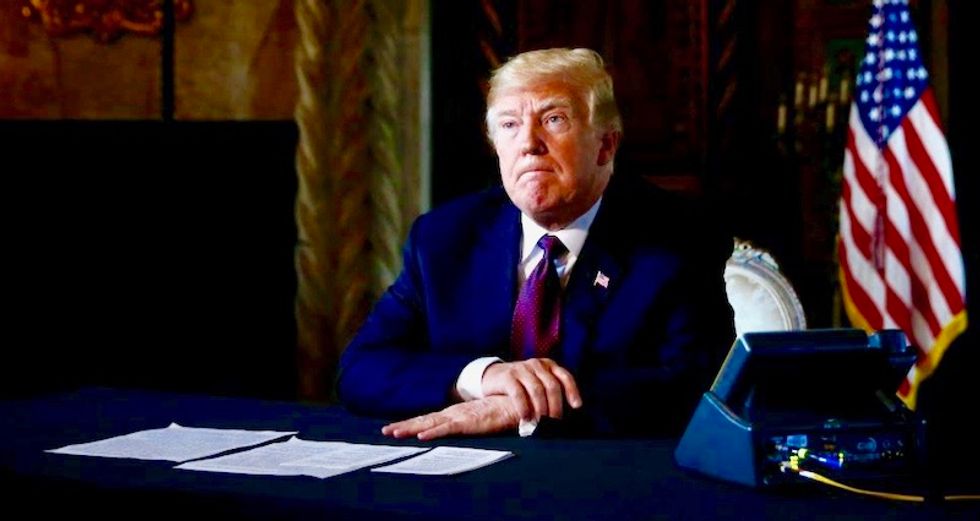 Writing at Bloomberg, columnist Jonathan Bernstein said that Donald Trump has been and will continue to be subverted by White House staffers because they believe he is weak and uninterested in actually seeing his policies put into place.

On Monday Trump declared that no one dares "disobey" his orders, however, the Washington Post has documented 15 "instances of people at the White House and the executive branch ignoring Trump’s directives."

According to Bernstein, the incurious Trump is fooling himself to think he's in control over anyone not in his immediate circle.

But, as the columnist points out, staffers under Trump seem to be resisting his demands at a rate never seen before -- and there is a good reason for that.

"White House staff appear to be ignoring the president way more often in this administration than in any other since the creation of a large White House staff during Harry Truman’s presidency," he explained. " Of course it’s going to continue. Trump has chosen a style of management, headed by a weak chief of staff, that has been totally discredited. He’s easily susceptible to flattery and other forms of manipulation, and he doesn’t bother learning what he needs to know about either substance or process to be able to resist being outmaneuvered."

Bernstein also indicated that Trump is being undone by hires who, quite frankly, are not  capable of making his demands happen because they lack the experience and talent neeeded for turning directives into policy.

"His hiring decisions don’t help, either, even though loyalty to him is by all accounts very important," he explained. "The problem is that his reputation is such that most first-rate potential staffers want nothing to do with him, which makes his potential applicant pool (especially at this late date) filled mainly by third-raters, scammers, and those who sense an opportunity to implement their own policy preferences, which have been shot down by more organized administrations."