Cameras and crackdowns: Another Tiananmen 'impossible' in China 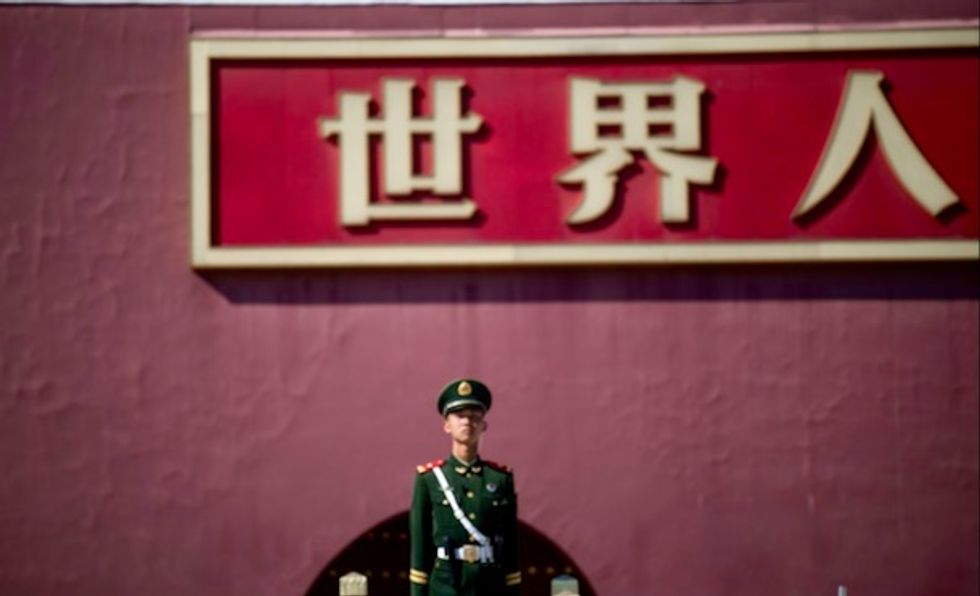 The Chinese Communist Party has gone to great lengths to prevent another pro-democracy movement, clamping down on student activists, labour movements and lawyers with the help of high-tech surveillance AFP / STR

Thirty years after the crackdown on Tiananmen protesters, the tanks that lined Beijing's central avenue have been replaced by countless surveillance cameras perched like hawks on lampposts to keep the population in check.

The Chinese Communist Party has gone to great lengths to prevent another pro-democracy movement, clamping down on student activists, labour movements and lawyers with the help of high-tech surveillance.

But the party has also pushed economic reforms that have made millions of people wealthier -- and less interested in rebelling like the students whose protest ended with hundreds killed on June 4, 1989.

Over the past decade, small police booths have been set up block by block across the country to monitor neighbourhood disputes, prevent crime, and keep tabs on anyone suspected of disturbing social order.

Now China's obsession with artificial intelligence and facial recognition adds another layer of sophistication to this intricate surveillance web, allowing police to pound on the door of any perceived troublemaker, several activists told AFP.

Others said the party's infiltration of universities and a crackdown on "liberal spaces" including independent bookstores has made it difficult for people to even discuss reform.

"Enhanced surveillance technology makes it much more difficult to see any mass demonstrations like the Tiananmen protests in 1989 to happen nowadays," said Patrick Poon, China researcher at Amnesty International.

Instead there has been a string of smaller "spontaneous protests" led by labour activists, students or families affected by vaccine or food scandals in recent years, he said.

But even that has become difficult as Beijing tries to "nip them in the bud" and quickly erases any mention of them on social media, Poon said.

"Even now, every time I go out of town I have to report to the community police," said Yi Wenlong, a businessman from northern China's Shanxi province, whose daughter developed epilepsy after a faulty vaccination.

"If we can't talk about a concrete issue like poor-quality vaccines, do you think it's possible to put out banners calling for bigger changes?" added Yi, who has protested about shoddy vaccines outside the local and provincial government offices.

The government has severely reduced the space for civil liberties since President Xi Jinping took power in 2012, rounding up rights lawyers in a sweep in 2015 and Marxist students in the past year.

AFP / Greg Baker, Toshio SAKAI Heavy surveillance and tight policing make it difficult for a repeat of protests like the 1989 Tiananmen pro-democracy movement (Tiananmen Square shown in May 1989 (top), and now)

Censors have stepped up their policing of social media, monitoring the activities of millions of people and blocking any politically sensitive material, such as what really happened at Tiananmen in 1989.

All language versions of Wikipedia -- whose pages include details about the Tiananmen crackdown -- were blocked from the Chinese internet weeks before the anniversary.

"Freedom of speech is the starting point of all freedoms," said Hu Jia, a prominent Chinese dissident, "without it another Tiananmen is unthinkable."

The new arsenal of the Chinese police state also includes voice-recognition software that can identify speakers on phone calls and a sweeping programme of DNA collection, said Xiao Qiang, a theoretical physicist who became a human rights activist after the Tiananmen protests.

Several Chinese activists told AFP they rely on encrypted messaging apps such as Telegram or WhatsApp to communicate, but it is becoming harder to meet in person due to mass-video surveillance.

"The space for civic activities is narrowing," said a political dissident who was imprisoned from 2013 to 2016, adding that even data such as hotel bookings and transport can be used to track individuals.

AFP / STR Besides surveillance, the Communist Party has also pushed economic reforms that have made millions of people wealthier -- and less interested in rebelling

China had about 176 million video surveillance cameras monitoring its streets, buildings and public spaces in 2016, compared to 50 million in the United States, according to data provider IHS Markit.

Rights activists warn that facial recognition has the potential for errors and mismatches, and it relies on vast databases that may have little or no oversight.

Adding to those concerns has been the deployment of surveillance cameras inside mosques, restaurants and other public areas to track the movements of the Uighur ethnic minority in the restive border region of Xinjiang, where an estimated one million mostly Muslim people are held in internment camps.

Marxist students are another group now targeted by Communist authorities. Dozens have been detained or disappeared after their support for a labour movement last year.

The tight policing of what is taught or discussed in universities and other liberal spaces makes it "impossible" for a recurrence of another "ideological movement" as seen in 1989, said Li Datong, a former editor at Beijing Youth Daily.

Li has been under surveillance since he wrote an open letter critical of the 2018 constitutional amendment to remove Xi's presidential term limits.

He sees a second reason why another Tiananmen-like upheaval in China is unlikely.

"The current generation is also selfish because they have been lulled into a coma by China's growing wealth," he said. "They can't be compared to the students in the 1980s who were idealists."