'Creepy' Mike Pence has been 'obsessed' with LGBTQ people since he entered politics: HRC president 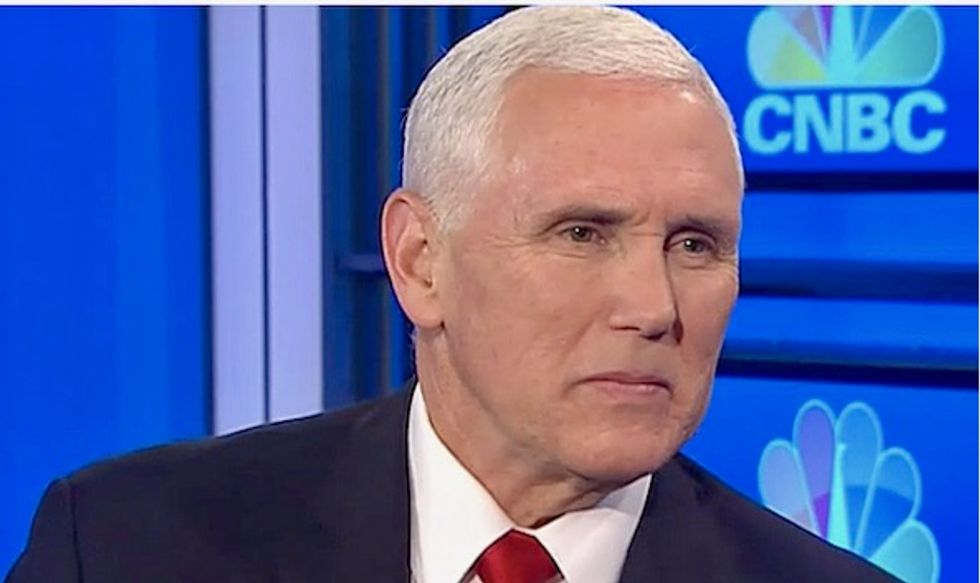 President Donald Trump spent the 2016 campaign talking about how he's the most LGBTQ friendly president the United States would have, but the policies handed down by the White House have proved the opposite. Griffin explained that this comes directly from Pence, who he said is running things.

The House is set to vote on the LGBTQ Equality bill that would expand civil rights to officially cover the community while also shoring up civil rights for people of color. It is expected to pass the House, though it's unclear if Senate Majority Leader Mitch McConnell will bring the bill up in the Senate for a vote. It's unclear if Trump would be willing to sign the law if it comes to his desk. Thus far, he's said he doesn't support it.

"I guess that’s not a surprise," Griffin said. "He has worked day in and day out to undermine the rights of LGBTQ people. His vice president has literally spent his entire career attacking and undermining the rights of gay people. Literally his entire career. He’s been obsessed with gay people and with undermining our rights. And I think in many ways, this vice president is pulling the strings in this administration."

Indeed, many of the White House policies seem to fly in the face of what Trump told voters. Given that Trump spends so much time in "executive time," it's possible he's left the keys to Pence.

Pence's team claimed that he's going out of his way to show he's not attacking LGBTQ people. Instead, he's been slowly whittling away at rights behind closed doors.

Trump has even joked about Pence wanting to "hang" all LGBT people.

"His past decisions and his past actions both as a member of Congress and as governor of Indiana and as vice president of the United States -- he has built his career, not just taken positions here and there, he’s built his career on undermining the rights of gay people," Griffin explained. "He’s been obsessed with us since he launched his first campaign for office. It’s unfortunate. It’s sad. It’s hurtful and quite frankly, it’s somewhat creepy."