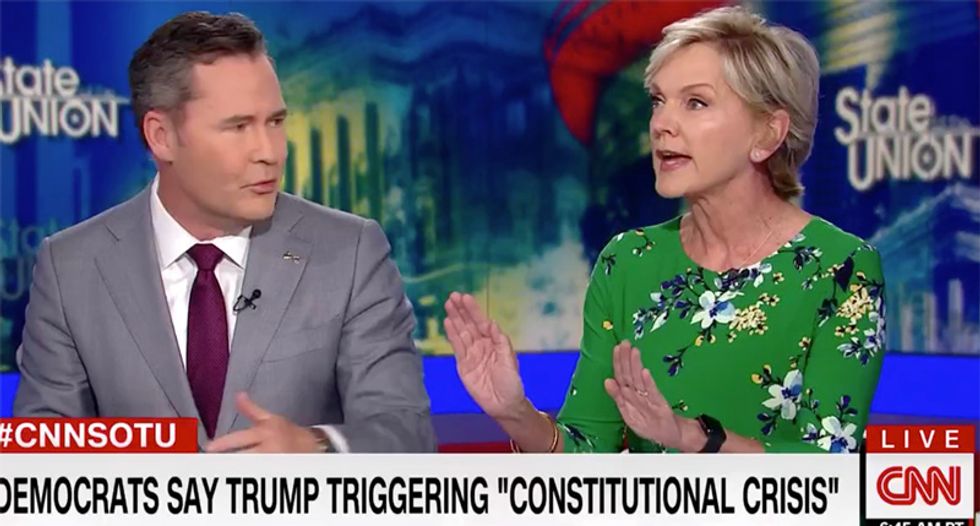 During a panel discussion on CNN's "State of the Union, " former Democratic Governor Jennifer Granholm got into a shouting match with a Florida Republican lawmaker who insisted on standing up for what Granholm called a "lawless" Donald Trump

Sitting next to Rep. Michael Waltz (R-FL), Granholm waited patiently for the Florida Republican to make his case that Trump should not be impeached before confronting him.

"I notice you did not answer the original question which is: you've got to be troubled as a member of Congress that the president is lawless in not responding to not just subpoenas, but bringing his people before him or the tax returns that under law are required to be produced," Granholm charged.

"I'm saying about this because turnabout is going to happen. Do you have a responsibility constitutionally--," she continued only to have Waltz shoot back, interrupting her, "I don't expect them to open the door to the executive branch and --"

Granholm then cut him off.

"It's okay with being lawless," she pressed.

"It's not lawless. That's hyperbole, " Waltz snapped with a dismissive look.