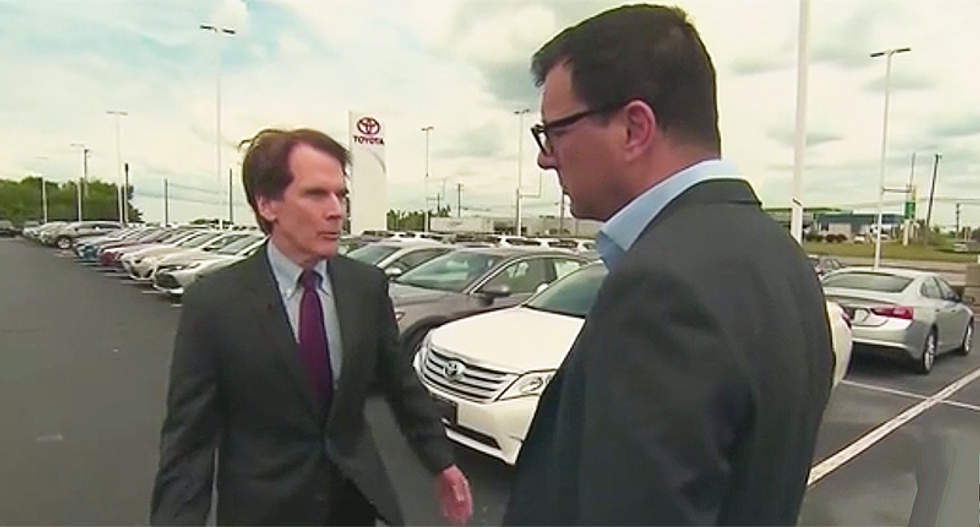 A Kentucky car dealer lamented that he's never going to be able to grow his business if President Donald Trump's trade war continues on this track.

In an interview with CNN that aired Thursday, Steve Gates boasted his nine dealerships in three states with nearly 700 employees. He wants to hire more people and "add rooftops," but Trump's trade war is causing him some fear.

"Scared because the president’s trade fight with China and the world taking a bite out of the automotive industry, slowing sales, crimping growth, creating uncertainty," the report revealed.

He called it "unfair" because he works "so hard" daily but the politicians are dictating his future.

"It just seems wrong," he said.

Gates isn't alone. A firm that tracks job losses found that nearly 20,000 jobs in the automotive sector are now gone and there's an expectation that 25 percent of those jobs are about to go next.

"The U.S. Auto industry hit by tariffs and price increases for over a year now," CNN reported. "First due to steel and aluminum tariffs in March 2018. Then tariffs on Chinese-made car parts in July and again in September last year. Then last week, even higher tariffs imposed again on Chinese auto parts among other materials. Here in Kentucky, it’s not just car production and sales feeling the tariff pinch."

Stories have mostly been about struggling farmers, who were promised a bailout by the Trump administration. It didn't do much to stop the bleeding.

At least one soybean farmer said that he's being forced to take $65,000 out of his own savings to plant a crop this season. Planting is better than not planting because he knows he'll lose money, but he'll lose less money that way. One farmer proclaimed he would never vote for Trump again.