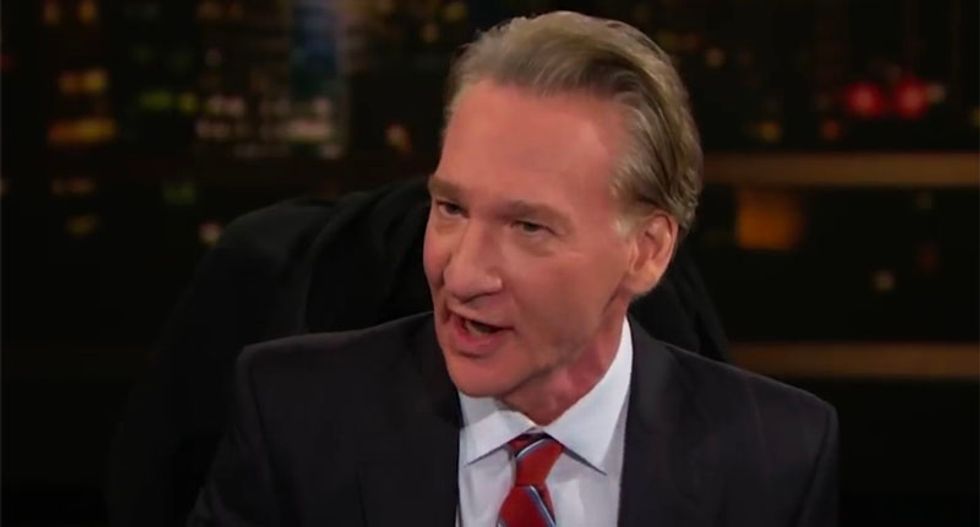 During the "Overtime" segment of HBO's Real Time, host Bill Maher confronted the one conservative on the panel over whether he would vote to re-elect Donald Trump and then proceeded to lecture him when he said he wouldn't -- but also wouldn't vote for a Democrat.

Asked if he would vote for Trump in 2020, conservative columnist Matt Lewis bluntly and quickly stated, "No."

"Well, will you vote for a Democrat?" Maher pressed, to which Lewis began, "You know..." only to have the HBO host cut him off.

"Because if you're not going to vote for a Democrat, you're just jerking off," Maher shot back to applause from the audience.

"If you're going to write in John McCain -- he's dead, and he's not going to be president" Maher continued. "You only get two choices in this country and if you think Trump is all that bad, you vote for the Democrat."

According to Lewis, he likes improbable dark horse candidate Andrew Yang, saying, "I'm not in the Yang gang yet, but I like what he has to say."

"So it would depend on the Democrat? Maher asked. 'Would you vote for Biden?" to which Lewis replied, "No."

"No?" Maher questioned, "Donald Trump over Joe Biden and you're going to take a pass?"

According to Lewis, he's pro-life and that limits his choices but conceded that he still won't vote for Trump because he is, as he put it,  "a bad person and the lack of character and integrity."

You can watch below via HBO: