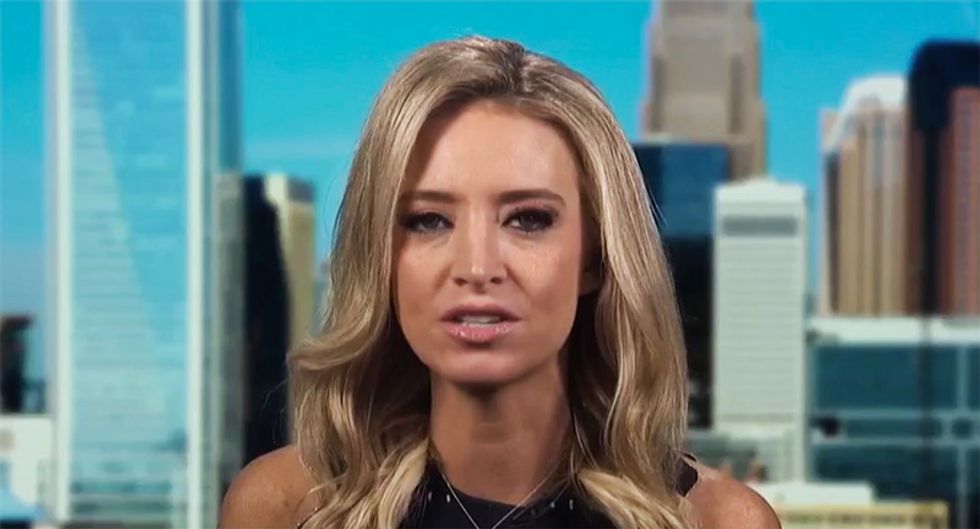 Touching on multiple subjects, the argument between the two accelerated when McEnany claimed she was speaking for the American people in saying that Trump is doing a great job -- using the results from a single poll to validate her claim.

As Corn told her she in no way was in any position to speak for the American public, McEnany attempted to yell over him only to admonished by the MSNBC host to let Corn speak. At the same time, Gibson fact-checked the Trump spokesperson with polls that don't show near what she claimed.

Things took a turn for the worse when McEnany claimed Trump had no Russian business dealings while he was running for president, to which Corn -- who co-authored "Russian Roulette: The Inside Story of Putin's War on America and the Election of Donald Trump" -- called her out as a liar by pointing out a proposal from Trump to build a Moscow tower as she again talked over him again and denied it.

That prompted Corn to fire back, "That's crap!"