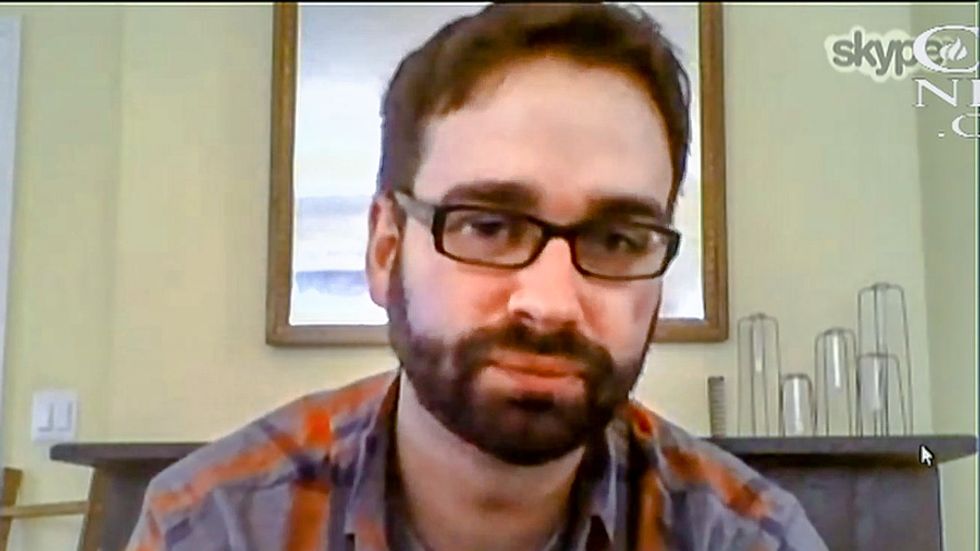 On Wednesday, Alabama Republicans signed into law their bill to ban all abortions and jail doctors who perform them for 99 years. The bill is so extreme that even fundamentalist talk show host Pat Robertson thinks it will set back the anti-abortion cause — and it has gathered particular attention and outrage because it includes no exceptions whatsoever for rape and incest.

But to Matt Walsh, a far-right Christian blogger who has written for Glenn Beck's The Blaze and Ben Shapiro's The Daily Wire, it's a good thing that a 12-year-old incest victim would be denied an abortion — because otherwise, her rapist father could just drag her to Planned Parenthood and destroy the evidence:

Walsh, who has previously claimed that men are "supposed to be leaders" on abortion law, was immediately scorched by Twitter users pointing out how insane his argument is:

@MattWalshBlog Dude, there are easier ways to get attention for your grift than telling 12 year old incestual rape… https://t.co/v2prl1WXCf
— Sleeping Giants (@Sleeping Giants)1557962593.0

@MattWalshBlog since the age of consent is 16+ everywhere in the United States, a pregnant 12-year-old is evidence of a crime, galaxy brain
— keithlaw (@keithlaw)1557961578.0

@MattWalshBlog Instead of taking the child to a healthcare professional who would safely treat her and report the a… https://t.co/gl4O06lBNB
— Max Kennerly (@Max Kennerly)1557965376.0

@MattWalshBlog Anyone who listens to a single thing you say is trash; this is a horrific and psychopathic way to pr… https://t.co/tlstNcIHWm
— Rob Sheridan (@Rob Sheridan)1557965111.0

Secretary of State Antony Blinken on Wednesday said the United States had "no better friend" than Germany as the two nations pledged a common front on Russia and China following a still raw row over the Nord Stream pipeline.

Meeting Chancellor Angela Merkel on his first visit to Berlin since taking office, Blinken hailed the "shared values and shared interests" between the United States and Europe's largest economic power.