Baffled Trump has no idea how to deal with surging Kamala Harris: White House correspondent 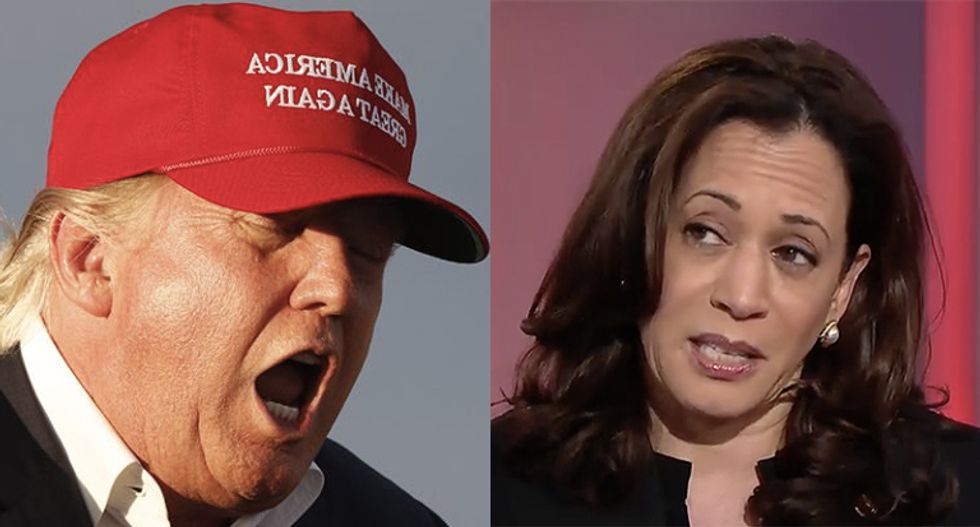 Responding to Donald Trump's attempt to dismiss the debate performance by Sen. Kamala Harris (D-CA) on Thursday night, an MSNBC correspondent said the White House -- and the president -- have no idea yet how to deal with her should she become the Democratic presidential nominee.

"I thought it was striking that Democratic debate happened on a night when he had six different bilateral meetings," Welker relayed. "He had one eye on the debate going on back at home, that's for sure."

"He was asked to weigh in on that heated exchange between Senator Kamala Harris and Joe Biden when she questioned his history on race ... He took the chance to take a swipe at Biden, no surprise there, but I thought it was very illustrative of the fact that the president has not quite figured out what his strategy is if he goes up against Kamala Harris."

"He's been taking aim at Joe Biden for months now, but he has not figured out what will his line of attack be against Senator Harris," she reported. "Privately those in his campaign have said she could be a formidable candidate in a general election."