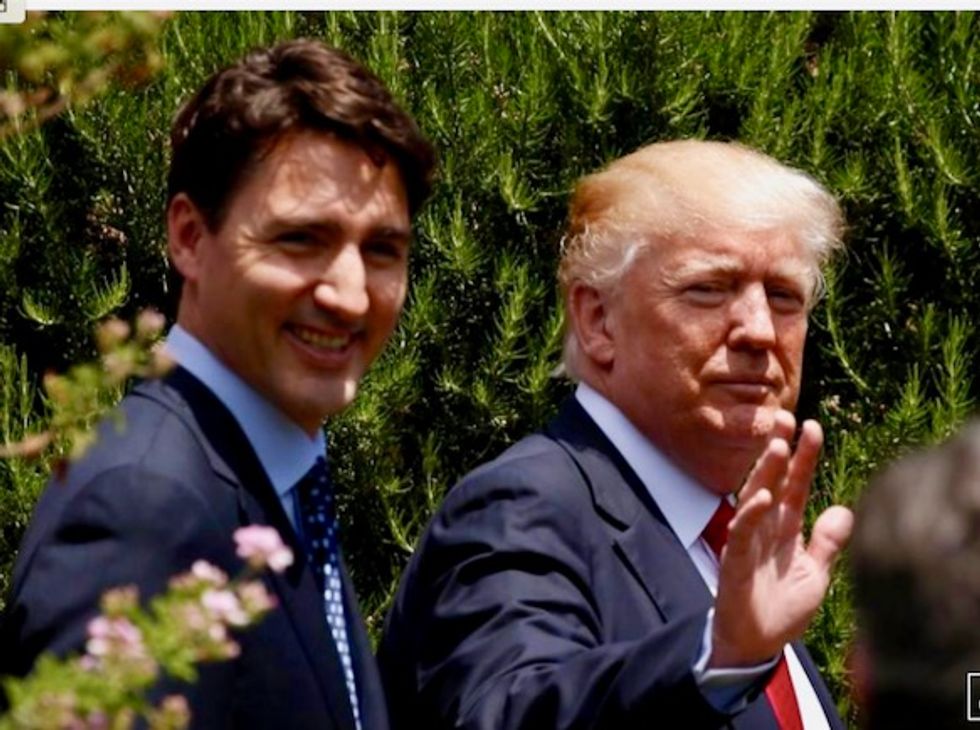 As American manufacturers reel and U.S. farmers see their economic well-being being destroyed by Donald Trump's trade wars, the Canadian government is stepping into the breach and boosting their own trade relations, reports Politico.

As part of their Global Translations podcast, Politico notes that countries -- and manufacturers -- are not standing by helplessly as Trump threatens and changes directions on trade on almost a daily basis.

Noting that Trump’s biggest trade war at the moment is with China, Goldy Hyder, the CEO of the Business Council of Canada, claimed, "What we're witnessing here in the backdrop … is what's happened in history before when No. 2 is on the verge of overtaking No. 1,” before adding, "In more than half of those episodes, it's actually ended in war — and so we clearly can't afford for this episode to end in a war.”

According to trade lawyer Dan Ujczo, "The companies I work with are saying, ‘Look, we don't have time to wait for the politics and policy to figure out we're moving production to another country because we have to have this product in our supply chain.’ We're not going to buy our way out of this with purchasing so we're going to have to start reconfiguring our supply chains. And I think ultimately that's the goal at USTR and at the White House.”

Canada, America’s No. 2 trading partner, on the other hand, is looking to expand its trade reach -- in both imports and exports -- because the U.S. under Donald Trump can't currently be counted on as a predictable partner.

'While the Canadian government and businesses are pushing for ratification of the U.S.-Canada-Mexico-Agreement, they are simultaneously making a concerted effort to reduce their heavy reliance on the U.S. — including entering into trade agreements with other countries and providing government funds to promote trade in new markets," the reports states adding that the trade minister now has a new title.

“We've recognized that there is a shift here,” Hyder said. “Our minister is now called the ‘Minister of Trade Diversification’ — the previous title may as well have been the ‘Minister for United States Trade.’”