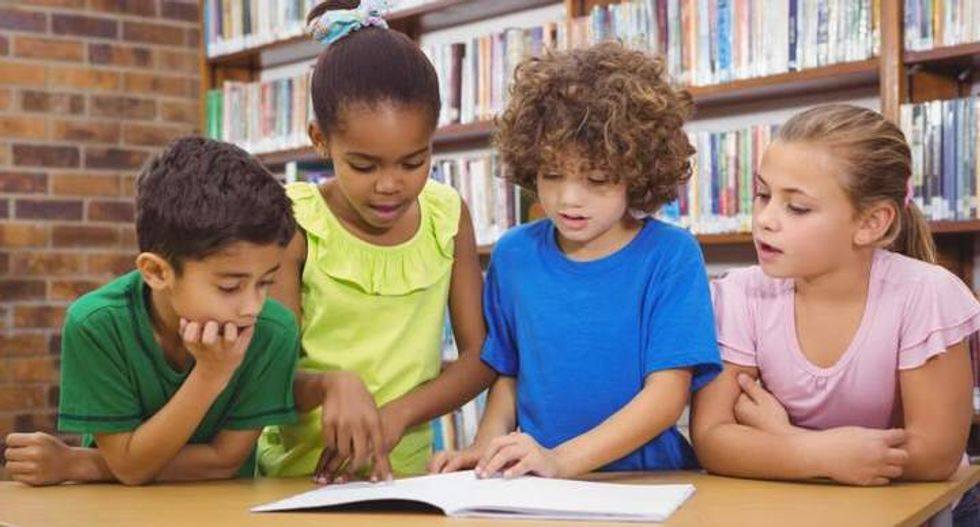 A Christian publisher isn't backing down from criticism over its vacation Bible school curriculum that asks students to role play as slaves and teaches that African people are "wild."

The Group company published the learning materials called "Roar" this year, taking students on an "epic African adventure" -- but many church leaders who've used it say the curriculum is filled with racial and cultural stereotypes, reported the Friend Atheist blog.

They complained about a role-playing exercise where some students pretended to be "hopeless" slaves while one of them played a "mean Egyptian guard" who unspooled a litany of demeaning comments to teach how "unfair" life was for the enslaved Israelites.

Students are also shown video of Maasai warriors jumping up and down, and are asked to imitate them so “their feet make the sound of a crazy stampede,” and they learn to produce clicks with their tongues to imitate African dialects.

The curriculum contains misspellings and refers to Africa as a country.

“You’ve been able to see some of the people in Africa and the amazingly wild things they do!” the material says.

Teachers have urged the company to rewrite the lessons, and Group issued a response.

"Some of you may have come across some posts that may confuse or concern you," the publisher wrote. "We apologize for any misunderstanding we may have unintentionally created."

The company claimed the lessons were based on historical events recorded in the Bible, and insisted its depictions of African people were respectful.

"Some have asked about the Day 5 activity involving the 'click' sounds in an African language," the company said. "This activity helps children learn about — and respect — this aspect of language. This was included as a way of sharing a unique, surprising, and completely different language form with kids. We really have nothing like it in North America, and it’s cool!"

"Every time we mention cultural things about African countries," the company added, "it’s done with respect and delight, as a way to celebrate God’s diverse family — to share a unique form of communication, never to mock."