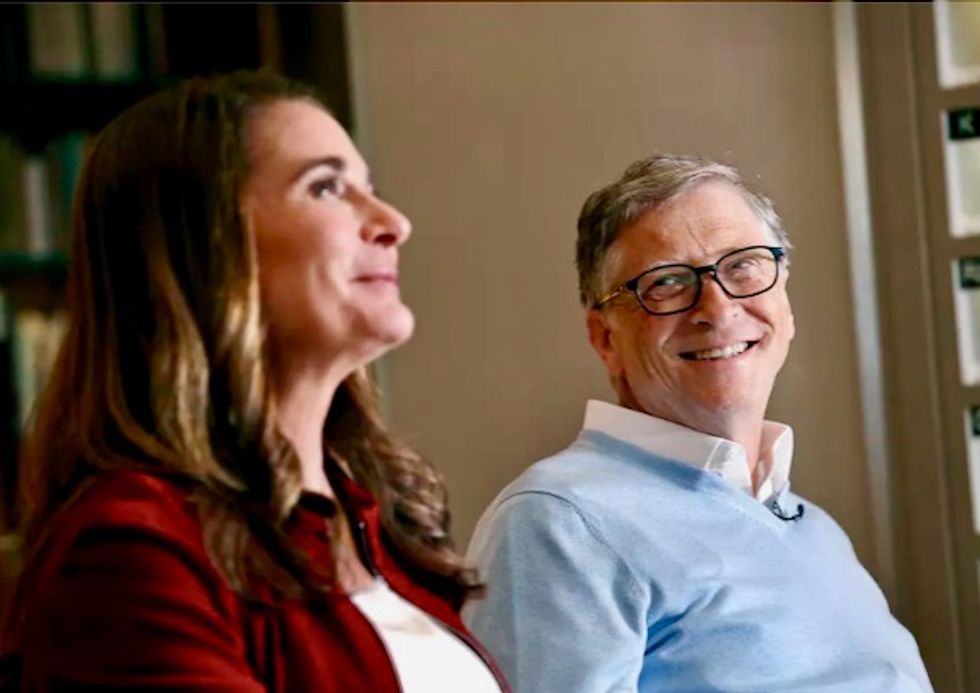 Bill Gates looks to his wife Melinda as they are interviewed in Kirkland, Washington, in February 2019. Elaine Thompson/AP

Bill and Melinda Gates have launched a lobbying group in part to drive their agenda on education.

The move comes as Congress is negotiating a reauthorization of the Higher Education Act, the main federal law concerning student financial aid.

The Gates Foundation has also recently started up a commission to determine the value of a college degree or certificate. If Gates lobbyists convince legislators to embrace the agenda of the Gates commission, then Congress may make it harder for students in certain majors to secure loans or grants.

In this way, I believe the Gateses could transform universities and colleges that presently offer a wide array of courses into vocational training centers that focus on immediately marketable skills.

I’m a political theorist who researches education policy. In my book on the Common Core, I describe how Bill and Melinda Gates funded and coordinated the Common Core State Standards Initiative. I argue that the Gateses helped build an educational system that emphasizes a narrow set of reading, writing and math skills that can be tested on computers.

The stated purpose of the Gateses’ lobbying effort is to focus on educational outcomes for black, Latino and rural students and move people from poverty to employment.

The Gates Foundation’s Postsecondary Value Commission gives some insight into what the Gateses mean by educational outcomes. The commission aims to create a way to measure the value of certain degrees or certificates. If legislators adopt this measurement tool, then they might only fund things that lead to an immediate economic payoff.

Though elite institutions of higher education will likely still provide students a liberal arts education, regional state schools could be under increasing pressure to cut majors such as history, French, geography, philosophy and political science.

The Gates Foundation has been indirectly shaping K-12 education public policy for years. The group has given millions of dollars in grants to education groups, think tanks,

parent-teacher organizations, teacher unions, state departments of education and a governors association to write, advocate for and implement the Common Core. Despite a revision and rebranding effort in many states, the standards still shape how most students in America learn reading, writing and math.

Now that the Gates Foundation has pivoted to lobbying, it signals to me they want to play a more aggressive role in the writing of legislation.

According to the IRS, charities – the kinds of organizations eligible for tax-deductible donations – can do some, but not too much, lobbying. In general, those groups can speak about issues for educational purposes but cannot advocate for the passage of particular laws or on behalf of political candidates. By launching a 501(c)(4) nonprofit, also known as a social welfare group, the Gateses can now talk directly with legislators about laws.

The Gateses chose Rob Nabors, previously the Obama White House’s chief lobbyist, to lead the new lobbying shop. According to Nabors, the new group will not give money to political candidates. However by educating policymakers it does have the “potential to accelerate outcomes.”

The Gateses’ plan for higher education

Bill and Melinda Gates, I contend, are throwing a one-two punch with the launching of the Postsecondary Value Commission and the Gates Policy Initiative. The former seeks to identify whether certain majors are worth federal financial aid; the latter may turn this framework into law.

“If we can provide that clear definition about college value, we definitely are hoping that it will affect the higher ed reauthorization act,” Millie García, president of the American Association of State Colleges and Universities and co-chair of the Gates commission, stated recently.

Through the Higher Education Act, the federal government distributed approximately US$29 billion in Pell Grants to roughly 7.2 million undergraduates in 2017.

If Congress adopts the Gates Foundation’s tool to measure the value of a college degree or certificate, then Congress could decide that low earnings, or low loan repayment rates, disqualify students in certain programs from receiving federal financial aid. I contacted a spokesperson for the Gates Policy Initiative and was told “we don’t have anything further to say at this point.”

One member of the Gates commission, Anthony P. Carnevale, has explained how a focus on program-level outcomes will streamline public university systems as they eliminate less lucrative majors – such as early childhood education, performing arts and theology.

“Sad to say,” Carnevale explains, this disruption “could be brutally efficient for higher education. Industry change is almost always about what’s next, not what’s best for the workers and institutions directly affected. Just ask an auto worker.”

Many colleges and universities are economic anchors, cultural centers and sources of community pride. I believe the “brutally efficient” disruption of those institutions could spark more public backlash than the Gateses expect.

Editor’s note: The Gates Foundation is a funder of The Conversation Media Group.