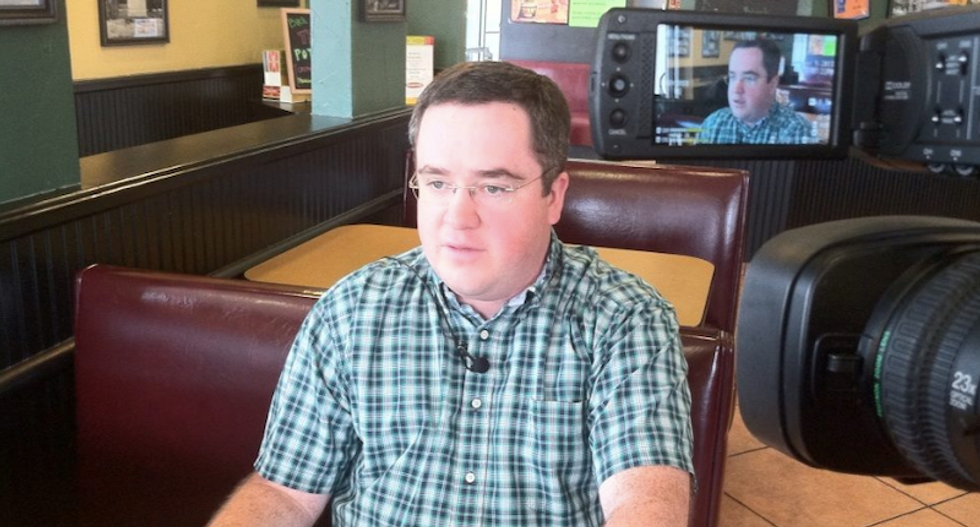 A Tennessee Republican is facing questions about a Christian magic supply business he operates out of his basement, but hasn't registered or disclosed with the state.

Deputy Speaker Matthew Hill (R-Jonesborough) is handing out campaign checks to Republican colleagues as he hopes to drum up support to become the state's next House Speaker, but he's facing new questions about his religiously themed business and ties to two companies that do political work, reported the Tennessean.

The 40-year-old Hill refuses to say whether he has paid taxes on income from Dock Haley Gospel Magic, an online retail business he and his wife operate from their basement, but promised to take any corrective action necessary to bring the company into compliance with state law.

Hill, the chairman of the House Ethics Committee, insisted he had "never made a dime" off the company, and claimed all proceeds went back to the individual he and wife bought the business from two years ago.

"It's mine and my wife’s ministry, is what it is," Hill told the newspaper.

Hill said the online business sells products -- such as $15 bottles of "Bible bubbles" and phony dollar bills with Jesus printed on them -- to "Christian magicians, church workers and missionaries."

Lawmakers are required to disclose all sources of income over $200 and any investments more than $10,000 or 5 percent of the business' total capital.

Hill has been writing $1,000 campaign checks to other GOP members -- "not contingent on if they say yes or no" to backing his speakership -- but has declined to say how many contributions he's made.

He also refused to tell the newspaper where the money came from, but claimed the funds came from "local businessmen" in his district who back him as House speaker.

The money is going through a political action committee belonging to his brother, Rep. Timothy Hill (R-Blountville), with whom he also co-owns Right Way Marketing -- which provides get-out-the-vote services and political robocalls.

Their mother also works for Right Way, which has been paid $109,000 by 28 candidates since 2016 for office or political action committees.