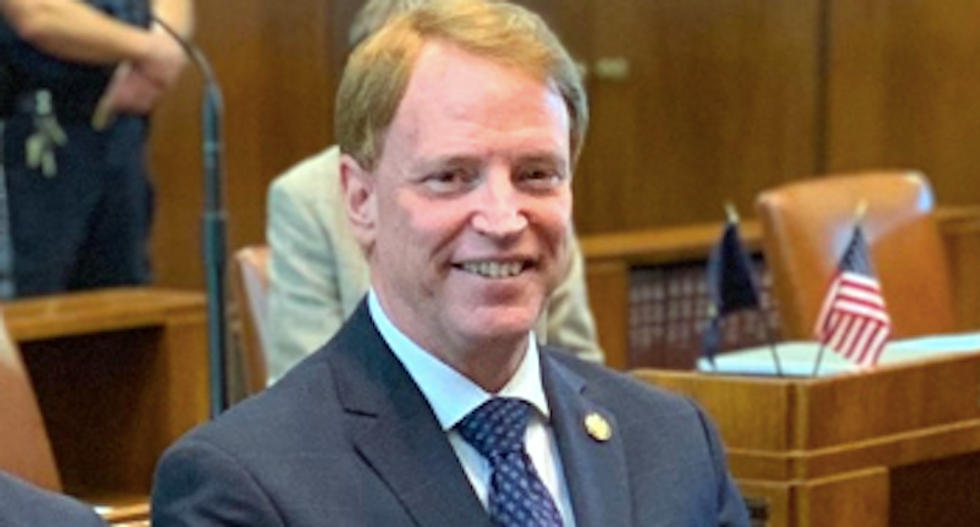 Republicans are tired of being a minority in the state legislature, so they are walking out to prevent Democrats from passing bills they don't like.

GOP state senators left the Oregon Capitol with no apparent plans to return before the 2019 legislative session ends June 30 to protest House Bill 2020, a sweeping proposal to regulate carbon emissions, reported The Oregonian.

Democratic Gov. Kate Brown has made climate change legislation a top priority, but Senate Republicans are blocking that bill -- and the rest of the Democratic agenda -- by walking out and denying a quorum.

“I feel no constitutional obligation to stand around so they can pass their leftist progressive agenda for Multnomah County that my constituents don’t happen to agree with,” said state Sen. Tim Knopp (R-Bend). “I think that’s true for every other Senate district that’s out there that’s represented by Republicans.”

Another GOP senator, Brian Boquist of Dallas, threatened violence against state troopers after Brown warned she would order the Oregon State Police to prevent Republicans from walking out of the legislative session.

“I’m quotable, so here’s the quote. This is what I told the [police] superintendent,” Boquist told reporters Wednesday. “Send bachelors and come heavily armed. I’m not going to be a political prisoner in the state of Oregon. It’s just that simple.”

Boquist, who ran a paramilitary organization in the 1990s before he was elected to office, doubled down on the threat in an email to reporters.

State police are using their established relationships with some of the GOP lawmakers in hopes of persuading them to return and finish the session, but right-wing paramilitary groups such as the Oath Keepers and III Percent militia have offered their armed support of the walkout.

Some participants in the takeover of the Malheur National Wildlife Refuge led by members of the Bundy family three years ago have also expressed their support for the protest.

The Democratic supermajority has already passed a multibillion-dollar business tax to raise money for education, along with a rent control law and juvenile justice reform.

But the GOP walkout threatens funding for several state agencies and the future of dozens of bills -- including measures that would allow undocumented immigrants to get legal driver’s licenses, modify the state's death penalty, potentially increase cigarette taxes and change zoning laws to allow more duplexes in some cities.

The Oregon House, which is also led by Democrats, have passed each of those bills but needs the Senate to approve them before Brown can sign them into law.

Knopp said he would consider returning to the Capitol if Democrats schedule some bills Republicans like for a vote, such as a paid family and medical leave insurance plan negotiated with business leaders and GOP.

That measure passed the House on Thursday with bipartisan support.