'I don't get to talk?' Meghan McCain blows up as commercials interrupt her turn -- and Whoopi Goldberg sets her straight 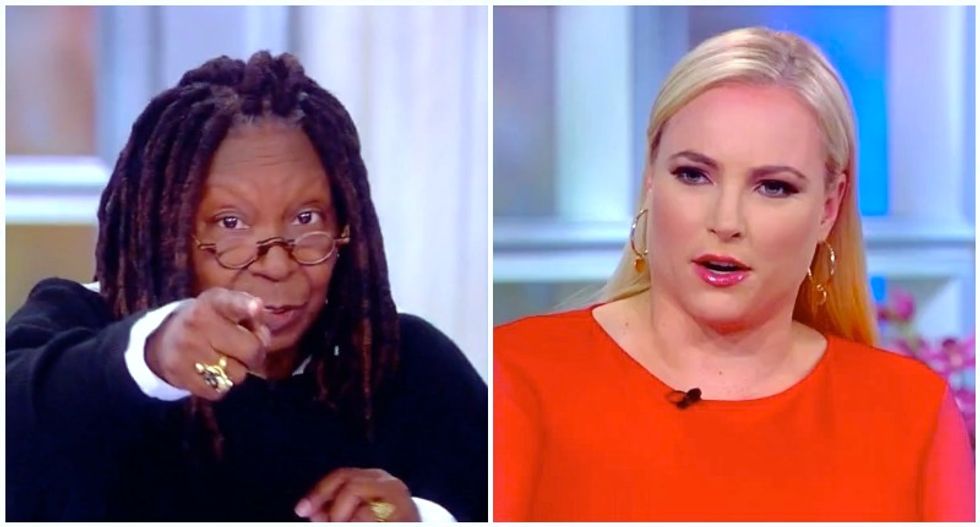 Whoopi Goldberg had to cool off an angry Meghan McCain, who balked when "The View" went to a commercial break before she had a chance to speak at length.

The panelists were discussing a recent wave of anti-abortion laws passed in states like Alabama, which makes no exception for pregnancies conceived in rape and also extends parental rights to rapists.

"The interesting thing is one of the things I hope all these states adopt no matter what situation is, is they have some help for these women and children who may be going through this who don't have any place to go," Goldberg said. "If you're slashing all these -- you know, all these places like Planned Parenthood (where) you could go and you could say this is what's happening, and someone would understand. This is a conversation that's going to be happening quite a while. We'll keep you posted."

McCain, who had interjected comments during the brief discussion, bristled as the host started to toss the show to a commercial break before her turn in the conversation.

"I don't get to talk?" she said, glancing toward the audience. "Just wondering if I can say something."

Goldberg, who has reportedly grown tired of McCain's outbursts, had to smooth over the situation.

"Here's the deal," Goldberg said, fending off McCain's attempts to interrupt. "Hold on -- no, because you put it out there like that. I let you all talk, I said nothing. We have to go to break. If you want to come back and say more, we'll say more. We'll be right back."

The conversation did not resume after the commercial break, and instead the panelists discussed reports that actress Gwyneth Paltrow and her husband don't live together full time.