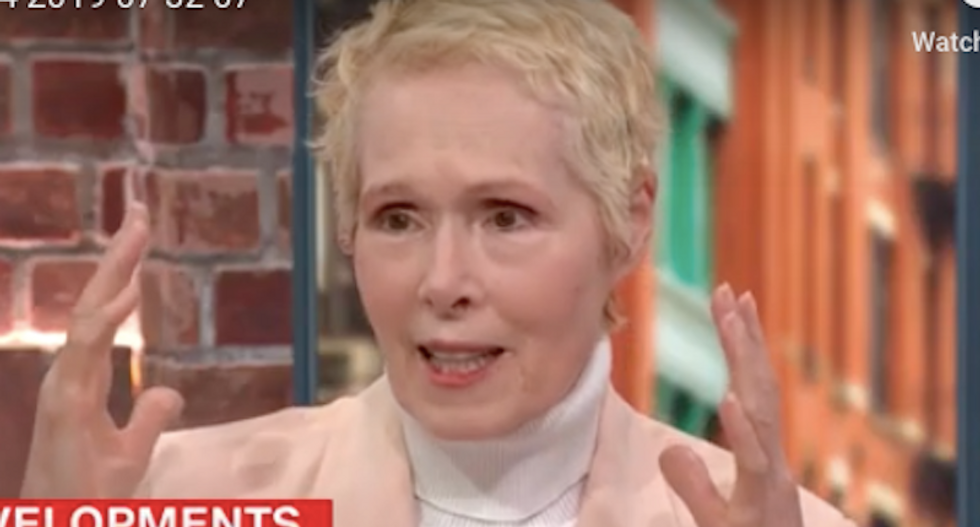 On Thursday morning, CNN played clips from a New York Times podcast interview with one of the friends of E. Jean Carroll, the author who recently accused Donald Trump of sexually assaulting her in a department store dressing room over 20 years ago.

In the interview, writer and journalist Lisa Birnbach told Sara Murray that at first she was confused by what Carroll was telling her, not realizing it was rape.

"I spoke to both of these women before they were ready to come out publicly and now sharing these accounts, they're letting their names be used and Lisa had this very interesting account because she was the first person Carroll told," Murray explained. "She's a writer, author, a journalist. and you hear her talk about this moment stuck in E. Jean Carroll's mind. In her mind, she's like, 'You were just raped. you need to go to the police.' Here's what she told her friend."

In the audio, Birnbach is heard explaining that she told Carroll, "Honestly, you did say he put his penis in me and I said -- my face just did it -- 'What? He raped you?' And you said (mumbles) 'He kept pulling down, he pulled my down my tights. He pulled down my tights.'"

You can listen here.