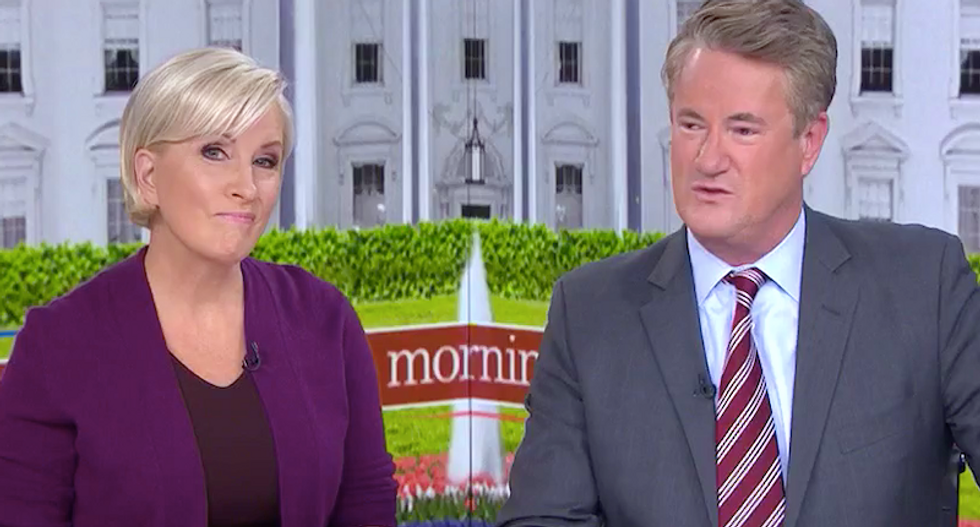 MSNBC's Joe Scarborough busted President Donald Trump for planting the same black supporter behind him at multiple rallies -- including his 2020 campaign kickoff in Orlando.

The "Morning Joe" hosts watched video of Trump attacking his 2016 rival Hillary Clinton, who isn't running again, and compared his stale themes to Elvis Presley's concerts in the months before he died from a heart attack in 1977.

"As you pointed out, it's the same black guy," he said.

The other panelists cracked up laughing.

"Don't you remember when he referred to 'my African-American?'" said analyst John Heilemann.

NBC News reporter Heidi Przybyla confirmed the black supporter seen at the Orlando rally was the same man Trump has prominently displayed at other events.

"That's actually true," she said. "I have run into him in the middle of the night at McDonalds with Sean Hannity. It is the same black guy."