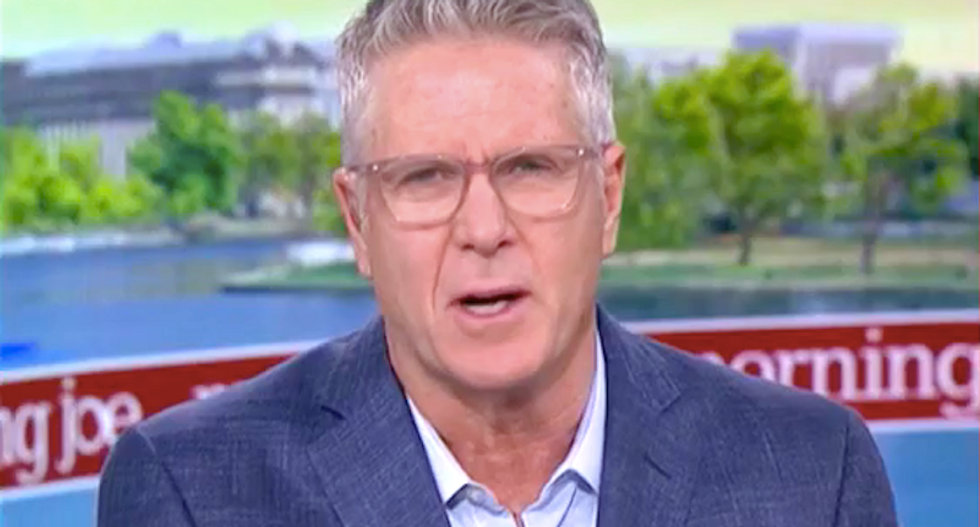 MSNBC's Donny Deutsch shredded Rudy Giuliani as a "pathetic" clown for continuing to trade out what was left of his reputation to serve President Donald Trump.

"It's hard to believe this man ever ran a city like New York, let alone the fact that many people like myself consider him to be a very effect effective mayor," Scarborough said. "It's just a cynical, cynical, stupid thing for Rudy Giuliani to say."

"When Robert Mueller said at the top of the report, and the Justice Department guidelines made him say at the top of the report, that he couldn't -- he could not say that the president should be indicted," he added. "He could not draw that conclusion, and here you have the president's lawyers just being stupid, just lying. I'm sure there are a lot of stupid people that will pick that up and will tweet it, but it is totally separated from the fact, it doesn't change the facts at all, and again, just more embarrassment for Rudy Giuliani."

Deutsch was even more harsh in his assessment.

"I've lived through Rudy Giuliani as mayor, his very strong job at 9/11, and just watch him degenerate into this pathetic circus figure -- stupid, lying, grotesque in every way -- sold his soul just to be near the sun," Deutsch said.

Scarborough called out Giuliani for purposefully misrepresenting Mueller's findings, and his duties and limitations as special counsel, to protect Trump from consequences for his wrongdoing.

"He used to vouch for Robert Mueller, as did a lot of other people, but knew that he could not reach a conclusion," Scarborough said. "For him to then turn around and use the fact that he followed the law, followed the Constitution, to use that against him is grotesque."

Deutsch said Giuliani had squandered his reputation in the waning years of his public life.

"What people will do at a certain age to just be in the spotlight is sad," Deutsch said. "he's pathetic, he's taken on a pathetic tone."