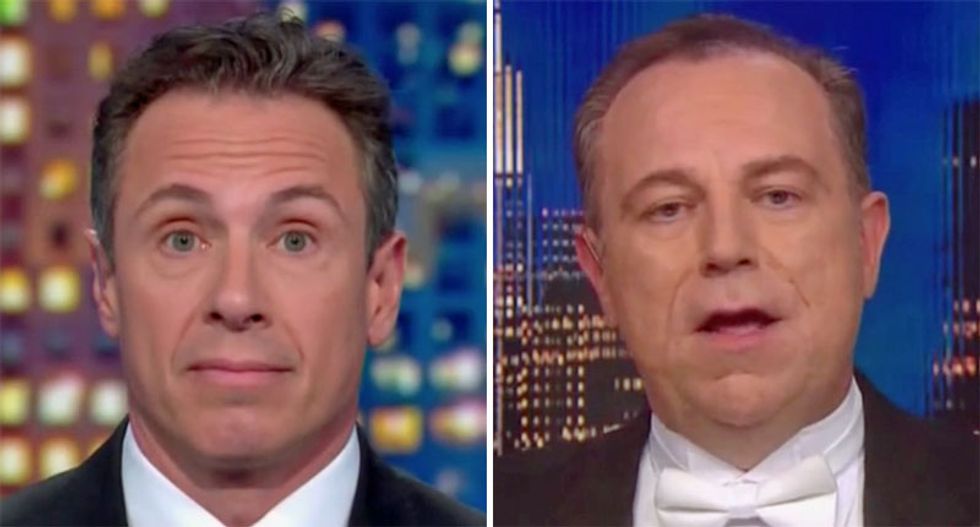 One of Donald Trump's close friends argued on CNN that the president is a better communicator than Ronald Reagan.

Newsmax CEO Chris Ruddy -- wearing a tuxedo from the Palace dinner -- was interviewed by Chris Cuomo.

Ruddy attempted to defend Trump's visit to the United Kingdom, which started on a disastrous note after the president said the Duchess of Sussex, Meghan Markle, was "nasty."

"Hold on a second. You think Donald Trump is a better communicator to the American people than Ronald Reagan was?" Cuomo asked.