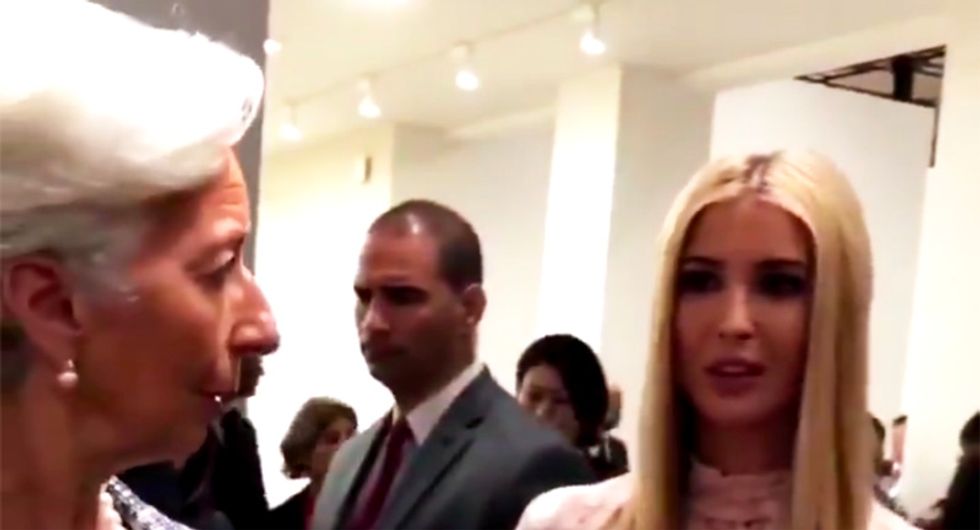 In a video first posted to Instagram by the French Presidential Palace, first daughter Ivanka Trump can be seen attempting to join a group of diplomats at a reception during the G-20 and getting the cold shoulder when she tries to insert herself into the conversations.

At that point, Trump smiles and leaps into the conversation, gesticulating and saying something about "male-dominated," before ending awkwardly as Largade first ignores her before casting what looks like an annoyed glance at President Donald Trump's daughter.