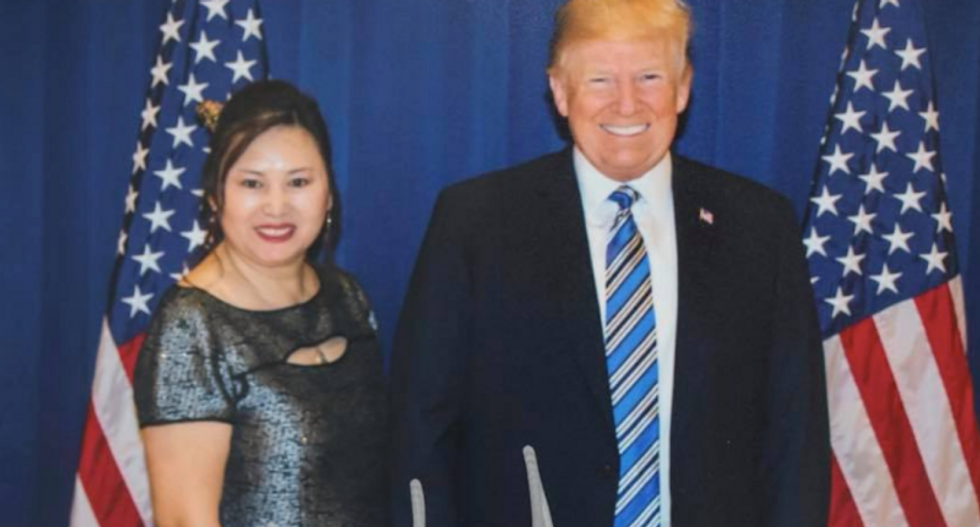 Li "Cindy" Yang (left), the founder of the FL spa chain where Patriots owner Robert Kraft was busted in a prostitution sting, and President Donald Trump (right). Image via Facebook.

The Miami Herald reports that "federal prosecutors have disclosed they are developing a potential national security case against Yujing Zhang, the 33-year-old Chinese woman charged with unlawfully entering Mar-a-Lago with a stash of electronic equipment."

The paper writes that prosecutors this week asked a judge to let them file classified information under seal that would not be available to either the public or the defendant.

Given that classified information is part of the case, there's a good possibility that officials have evidence that Zhang's entrance into the club was part of a broader espionage effort and not simply the work of a lone operator.

Zhang's former attorneys argued that she lawfully paid for a ticket to attend a Mar-a-Lago event earlier this year that was being promoted by South Florida massage parlor tycoon Cindy Yang, who is currently being investigated for potentially illegal campaign fundraising for Trump's reelection.

Mar-a-Lago was hit with a federal grand jury subpoena demanding documents related to allegedly shady fundraising activities coordinated by Yang, as well as "all documents, records and communications relating to Yang, as well as 11 other people, one charity and seven companies affiliated with her," the Miami Herald reported last month.