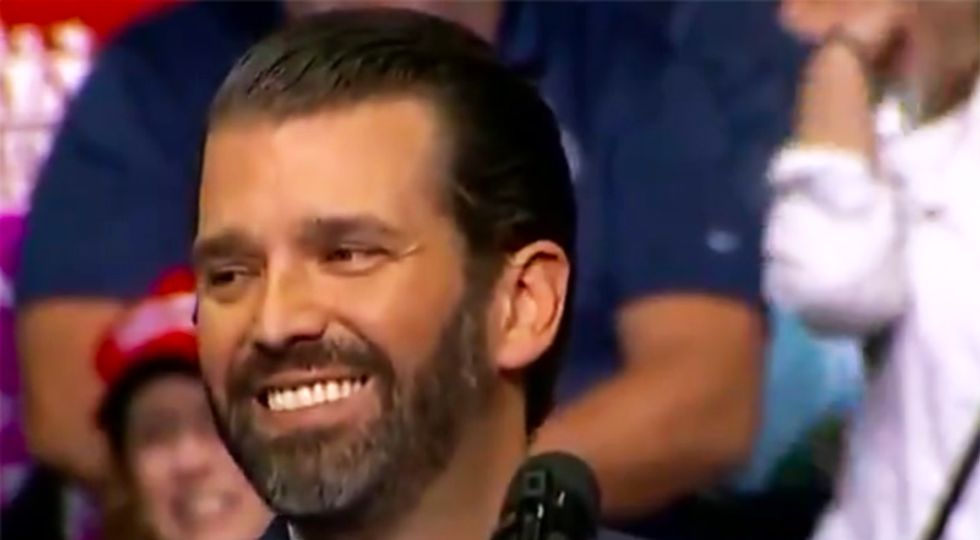 President Donald Trump sarcastically asked Vladimir Putin not to meddle in the 2020 election -- hours after his son helped amplify an attack on Sen. Kamala Harris (D-CA) that was pushed by suspicious bot accounts. 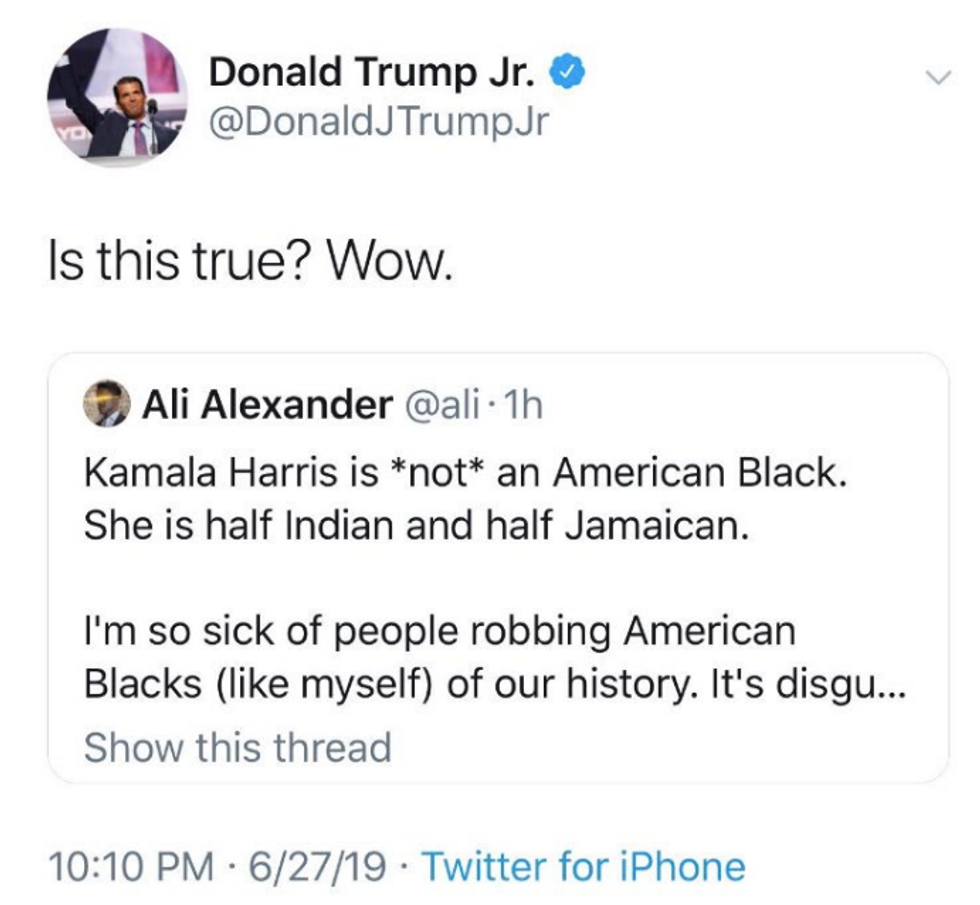 The president's son later deleted his post, but not after an army of sketchy-looking Twitter accounts began pushing the same theme just minutes later.

That message was further amplified by Katrina Pierson, the president's former campaign spokeswoman.

Kamala Harris is going to get a stern talking to after the debate. Can’t play the race card without going all the w… https://t.co/J6vEJw3oHZ
— Katrina Pierson (@Katrina Pierson)1561688012.0