Trump showed why his aides hate him when he berated his chief staffer in TV interview: Morning Joe panel 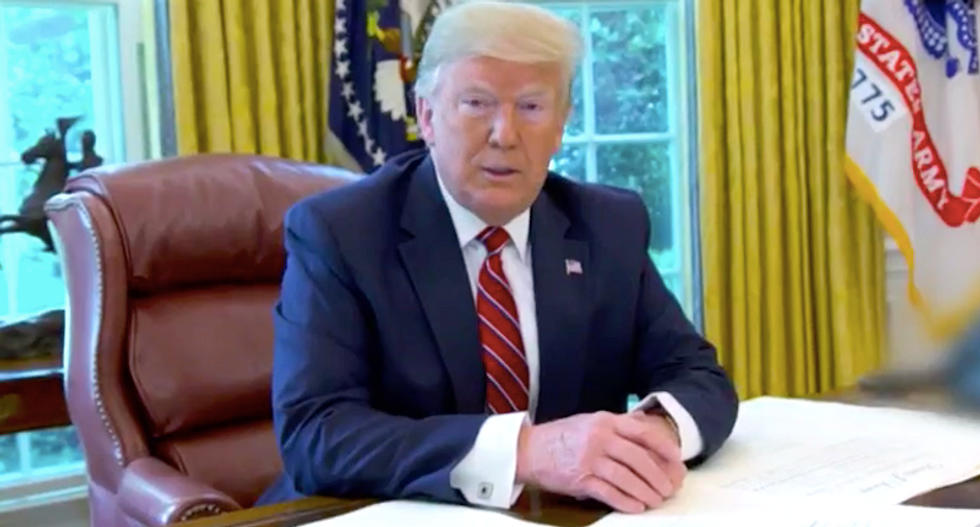 President Donald Trump berated his chief of staff in a moment captured by ABC News -- and panelists on MSNBC's "Morning Joe" agreed the outburst was deeply revealing.

The president interrupted an interview to order White House Chief of Staff Mick Mulvaney out of the Oval Office for coughing while Trump answered a question about turning over his financial records.

"That was on purpose," said MSNBC analyst Mike Barnicle. "He coughed on purpose. He didn't want him to continue going down that (topic on) financial (records)."

"You saw the flash of the president's temper, though," Lemire said. "That is how he often deals with staff. A number of his aides say he can turn like that if you do something he doesn't like."

"The contempt in his voice," he said. "Imagine being in his core staff and having that turned on you all day. I'm not surprised the people around him leak all the time. You have to treat your people well."